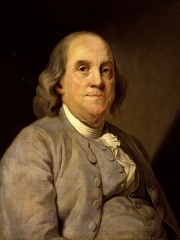 Benjamin Franklin was nothing if not diversified in his talents. The Founding Father was a printer, scientist, inventor, diplomat, postmaster general, educator, philosopher, entrepreneur, library curator, and America’s first researcher to win an international scientific reputation for his studies in electrical theory. He even made contributions to knowledge of the Gulf Stream.

How did he do it? By keeping up a highly structured daily schedule and tracking the results. Franklin considered personal productivity to be a moral duty. It is for this reason he talks in detail about his daily habits in his autobiography. No part of the day was left without marching orders. It all began with a simple question each morning: What good shall I do this day? From then on, he answers that question with the particulars of each moment:

Franklin believed that such schedule-keeping and note-taking could do more than create a productive day. It could also create a completely moral life. In his readings, he identified virtues that were common across Western Civilization. Writers across history and cultures came back to these virtues. He narrowed them down to 13 and developed a 13-week plan of moral improvement. He committed to giving strict attention to one virtue each week. Franklin kept a book of 13 charts, with a virtue at the top of each chart. Each chart had a column for each day of the week and 13 rows for each virtue. At the end of each day, he put a mark next to each one he did not uphold.

His goal was to eventually have a clean chart. This would ultimately rid him of bad habits.

Here are his 13 virtues:

Franklin was practical enough to know that tackling all 13 virtues at the same time would lead to discouragement and failure. He took them on one at a time, only moving on when a virtue row was blank. He was like a gardener, who does not attempt to kill all the weeds at once, but works on one bed at a time. In this way, he would progress through his virtues checklist.

Franklin put together perhaps a more comprehensive plan for productivity and moral improvement than anyone else of his time. But did it work? Yes, but not as quickly as he thought it would. His first full cycle of the 13 virtues took a full year instead of 13 weeks. And he only did this cycle once in several years, not four times a year as he originally supposed.

He never arrived at perfection, but he was glad that he undertook the endeavor in the first place. Franklin credited attempts at Temperance to living to a ripe old age; to Industry and Frugality for earning his fortune; and to Sincerity and Justice for earning the confidence of his country. He wrote that it was better to undertake the experiment and fall short than to not try at all.