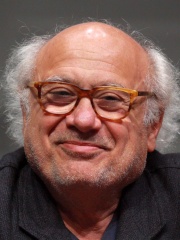 Daniel Michael DeVito Jr. (born November 17, 1944) is an American actor, comedian, director, producer, and screenwriter. He gained prominence for his portrayal of the taxi dispatcher Louie De Palma in the television series Taxi (1978–1983), which won him a Golden Globe Award and an Emmy Award.

DeVito often asks for a trampoline in his dressing room, as he usually warms up by doing a spot of trampolining.

Speaking on talk show Late Night with Seth Myers, DeVito explained his routine: “I start jumping a little bit, then I get some makeup put on, jump, put some clothes on, jump.”

DeVito loves trampolining so much that he even has one at home.

Mr. Devito has two tips for training his balance throughout his daily routine that are not only effective but also fun.

Always stand on one foot while brushing your teeth.

You should be standing in front of a mirror brushing your teeth for 2 minutes, 2-3 times per day already. Make use of this time you are already spending. You’ll be surprised how challenging it can be, especially if you are a violent brusher. Bonus points if you can do it while flossing.

Always keep a trampoline in your dressing room.

Trampolines are low impact, high-intensity cardio that challenges your balance and stability. You loved it when you were a kid, try it as an adult. Feel the burn.