Despite his endless franchises, endorsements, charity events and acting debut – just what is Beckham’s highlight of retirement? His children… and it sounds like he’s having no problem filling his time with them. 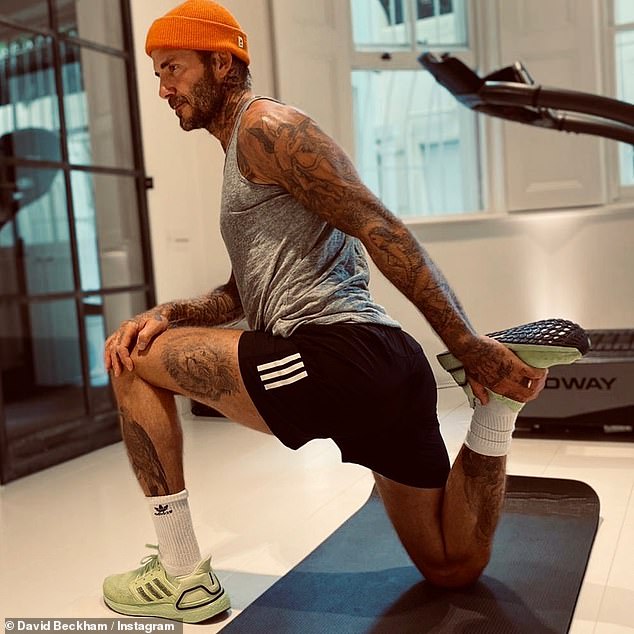 Beckham’s school run alone is one hour 20 minutes each morning, dropping each individual child at four different schools. He just has time to squeeze in an hour at his local boxing gym before a quick shower and a bit of office admin. Yes, we still can’t over the fact he does the actual school run.

It’s not long before Beck’s is back out on the road to collect Harper from nursery, and being the top-dad that he is, Beckham treats Harper to lunch at a little restaurant in Notting Hill.

After picking the boys up from school, David scores more dad-points with his culinary skills (he even learnt to make fresh pasta, as it’s the kid’s favourite dish – oh, this is becoming nauseating now now), and then it’s off to football practice for Romeo and Cruz who have both just signed contracts with Arsenal.

Looks like he doesn’t have time to miss football after all. Oh, wait…

‘I would be lying if I said I didn’t miss football,’ says Becks, ‘I don’t think I will ever watch an England game without wanting to be out there. That feeling will never die.’

He may be the perfect house-dad since his retirement from the game, but Becks may have found another love. Acting. Yes, his latest acting roles including Belstaff’s short film, Outlaws and the new Guy Ritchie film, Knights of the Roundtable: King Arthur – have been the thing that’s got his ‘heart beating faster’ since leaving football.

So if a new acting career is on the cards, we’re really, really excited to see Beck’s on the big screen. From footballer, to pasta-making-house-dad, to film star… is there anything this man can’t do?

People always say to me, “Why would you place yourself in a position where you have to put pressure on yourself?” But it’s what gives me energy.

Beckham on Being a Team Player

‘I’ve always concentrated on what my job is more than anything, more than how good the other team is.

People always ask me, “Do you play golf?”…to be honest, I’d rather spend 4 hours with the kids.

‘I’m a really bad loser. It stays with me for a while…Always be polite. Be honest. It’s all about how you handle the situation.

Beckham chooses plyometric (explosive, jumping-type) exercises as his go-to because they require zero equipment and can be done just about anywhere. He will also do sprints.

Soccer is one of the most physically-demanding sports and the conditioning plan is rough. Compound exercises are popular with athletes for a reason: get better results faster.

Beckham is a fan of fitness snacking, which is the term used for short periods of exercise spread out across the day, rather than doing a long routine all at once.

Being able to sprint is key in a soccer player. Beckham reportedly does a 5-minute run at 85% max heart rate. He then rests for 4 minutes before doing 3 more sets. He mixes it up too, sometimes sprinting for 1 minute at 95% max HR.

Soccer players do a lot of fancy footwork, and one of Beckham’s is called the turnaround. This consists of running for 60 yards, then turning and sprinting back to the starting point. Rest for 1 minute. Do 8-10 total reps.

Now that he’s retired, Beckham takes his exercise where he can get it, including biking with his kids to and from school.

You don’t have to go and spend a huge amount of money going to the gym. Three or four times a week, I walk my daughter to school instead of driving her, or she bikes home with me. It’s the little things that make a difference.

For me, training is as important as the games.

Beckham on What Sets Him Apart From the Rest

‘I’ll never perform at my highest level unless I’m 100% fit. That’s one of my biggest attributes, the energy I’ve got on the field.