Meg Ryan (born November 19, 1961) is an American actress and producer. According to People, Ryan attended pal Gwyneth Paltrow’s third annual In Goop Health Summit in Los Angeles on Sunday, where she opened up about how she starts each day.

“A mutual friend of ours and I have a thing that we call ‘the turnout,’ which we do in the morning,’” Ryan said, explaining that the term “the turnout” comes from the habit of taking horses out of their stalls to spend time grazing in a pasture. “They have their head, they can think, they have this time to imagine their day or whatever.”

For Ryan and her friend, that means taking two hours in the morning to essentially visualize their day.

“We’ll take pictures of like the crossword puzzle, the computer, the cup of coffee, the drawings, the thing, and all the ways that you’re in that part of your brain that imagines your day or your life and giving it actual time and space in the morning,” Ryan said. 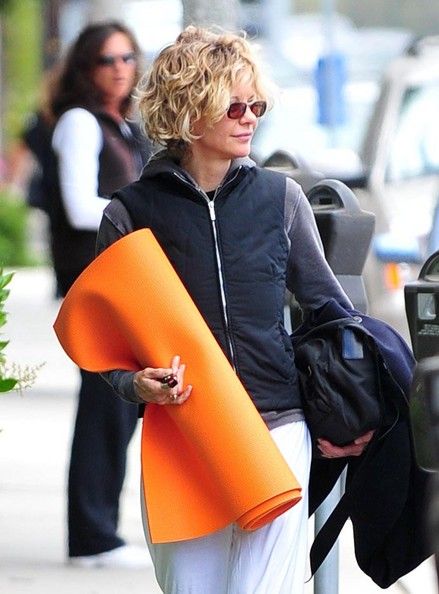 “I’m thankful for my genes, I’ve never had a problem with dieting, I’m not fussy when it comes to food.” She says. “I workout every day anyway, it’s become part of my life.”

Meg Ryan’s diet is the famous zone diet, wherein the goal is to achieve a hormonal balance through the consumption of specifically prepared meals which involves the ratio of carbohydrates (40%), fat (30%) and proteins (30%). This diet was created by Barry Sears, a biochemist and book author who believes that a person should only consume foods that controls the body’s insulin production.

“I’m so into yoga. I can’t believe how numerous the benefits are.” She says. “I’ve never felt so much calm. It’s a great stress reliever, what with all the proper breathing techniques, and really enhances one’s flexibility.”