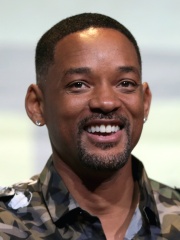 Willard Carroll Smith Jr. is an American actor, rapper, and film producer. In April 2007, Newsweek called him “the most powerful actor in Hollywood”.

Will Smith would look back on these years and sum it all up with one of his many telling quotes on success:

“In my mind, I’ve always been an A-list Hollywood superstar. Y’all just didn’t know yet.”

Rapper, actor, producer, and overall superstar, if you grew up in the 80s or 90s, Will Smith is a part of your pop culture, whether he’s rapping about high-school growing pains or battling aliens on screen.

These scores piqued the interest of universities that were looking to diversify their students. At the time, educational institutions were hard pressed to find and recruit young African-American students. The Massachusetts Institute of Technology in Cambridge, Mass, was calling.

Will Smith was offered the chance to become Will Smith, engineering student, and turned it down, much to the dismay of his parents. In fact, he didn’t want to go to college at all.  He was focused on two goals: be a rapper, and conquer Hollywood.

It might seem incredible that Will Smith would decline the opportunity for a college education at a prestigious university. But, like many successful people, he was developing his own motivating strategy for success.

That strategy would morph into somewhat of a personal philosophy, a lifestyle that would eventually lead to enormous success: Grammy awards, Academy Award nominations, and a net worth as of 2017 of a solid $250 million.

Starting in his teens, Will Smith demonstrated a motivation well beyond his years, and a keen inner perspective on what made him tick, which he loved to share with others. He realized that not only had his personal motivation brought success to his life, he could articulate his methods in a way that resonated with people.

This would lead to books, interviews, and YouTube video mashups of all of his killer quotes.

Celebrities are known to wax poetic about life. Celebrity biographies and motivational books come and go. But Will Smith continues to be respected for his views on success, fame, and motivation.

Will Smith’s motivation can be attributed to many things, but there are three practices that we can utilize in our daily lives. Like many successful people, Smith embraces qualities that have a proven track record of results:

Here’s what Will Smith does to stay in shape:

14 Paying Attention To What He Eats

Will Smith learned at a later age that you basically are what you eat. He explained with Men’s Health that actually paying attention to what he eats changed everything;

“I couldn’t believe I got to 50 years old without knowing you literally are what you eat. I eat food like an addict. I love food, but I realized my relationship with food was I eat for fun. I eat for joy.”

Following a big weight gain for a film, Smith used a fasted method to get back on track. His goal was to hit 10-days fasted, however it did not last due to an unhealthy blood pressure level.

Going on a fasted diet can definitely have its benefits, though Smith learned that keeping track of blood pressure is just as essential.

12 Building The Shoulders & Slimming The Waist

“We were trying to build up the shoulders and slim down the waist to give that real action-figure look, which I think we accomplished.”

Those are the words from Smith’s trainer with Men’s Health. Smith spent a lot of time bringing up his shoulders, which would also create the illusion of a smaller waist.

Smith isn’t hitting the gym and going after the most massive weights or using a powerlifting type of style. At his age, that would be foolish, especially in terms of running the risk of injury.

Smith uses a bodybuilding style, which is focused on aesthetics more than anything else.

“He’s always had a big chest, but one of our main goals was to make Will’s abs really pop,” Ferguson says. “He did that utilizing two fundamental exercises.”

To be clear here, when dieting for a film, clean carbs only are acceptable. Smith’s usual go-to’s are sweet potatoes, accompanied by broccoli, which is a great vegetable to use in order to obtain that fullness after a lower calorie meal.

Smith keeps his carbs low, but he doesn’t neglect them completely, like some other Hollywood diets.

8 Hitting The Calories Is What Matters

“He knows what he’s doing,” his trainer says. “He was usually taking in about 3,500 calories, and as long as he hit that goal, I didn’t care how many meals he took to get it. Usually we were doing about five.”

He wasn’t pounding down several meals a day, similar to Dwayne Johnson during his Hercules prep. Instead for Smith, the biggest factor was getting in the proper amount of calories, though nutritional timing did not play a part.

Given Will’s words with Complex, on the way to becoming a big star, he gave up drinking for over a decade;

“I didn’t drink for over a decade. You know, during my rise as a movie star, I was, like, wildly disciplined, so being in this place in my life, even something as simple as taking my shirt off while I’m out of shape, like, you know this for me now allowing myself to be seen less than optimally is new.”

While prepping for a film, Smith learned the hard way that going too intense on the weights isn’t the best idea.

Will sustained a leg injury, that was a big eye-opener on scaling down the intensity, while using lighter weights. Will is going for more reps while seeking a nice pump to his muscle each workout.

Tracking his blood pressure proved to be vital. This ultimately allowed Smith to change his lifestyle completely. Will’s eating habits weren’t where they should have been and it caused him to change the diet structure completely.

Will did admit that all the focus on blood pleasure made him realize that the eating part was a big problem for a while.

“Using very controlled motions with not too much weight, but perfect form, because we couldn’t chance anyone getting injured again.”

Those are the words from Smith’s trainer with Men’s Health. Everything Smith did was at a controlled pace, nothing was too forced – especially due to his recent injury scare.

Smith is going for hypertrophy rep ranges, meaning reps are usually between 6 and 12 per set.

At Smith’s age, going for strength reps, which is usually under five, isn’t the best idea. Muscle endurance with reps over 15 also seems a little too intense as well. Finding that sweet spot in the middle is what Smith’s going for.

2 Chicken As The Go-To

Of course, every celeb needs to have a healthy dose of protein while on their diet.

For Smith, he isn’t sticking to a lean piece of fish, he tends to go after chicken as his optimal sources of protein, which comes with limited fat and a high amount of protein.

Smith also incorporates bodyweight exercises for a couple of muscle groups. When it comes to his back day, Smith is hitting some serious volume, going after wide-grip pull-ups, which shows off his strength.

The same goes for when he hits the abdominals, using various bodyweight exercises, like the leg raises, as mentioned earlier.