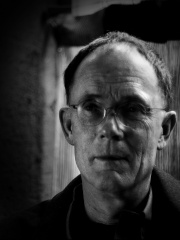 When I’m writing a book I get up at seven. I check my e-mail and do Internet ablutions, as we do these days. I have a cup of coffee. Three days a week, I go to Pilates and am back by ten or eleven. Then I sit down and try to write. 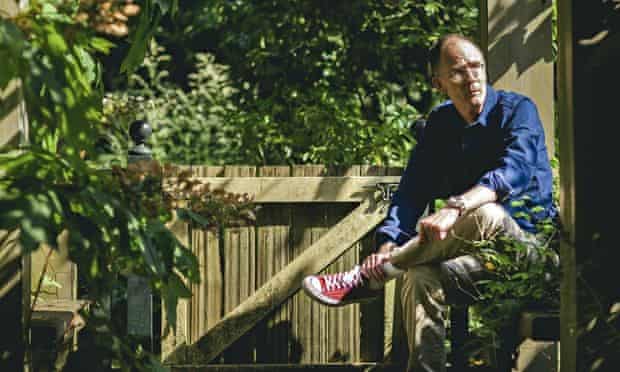 From a 2013 Paris Review interview about his daily routine:

When I’m writing a book I get up at seven. I check my e-mail and do Internet ablutions, as we do these days. I have a cup of coffee. Three days a week, I go to Pilates and am back by ten or eleven. Then I sit down and try to write. If absolutely nothing is happening, I’ll give myself permission to mow the lawn. But, generally, just sitting down and really trying is enough to get it started. I break for lunch, come back, and do it some more. And then, usually, a nap. Naps are essential to my process. Not dreams, but that state adjacent to sleep, the mind on waking.

As I move through the book it becomes more demanding. At the beginning, I have a five-day workweek, and each day is roughly ten to five, with a break for lunch and a nap. At the very end, it’s a seven-day week, and it could be a twelve-hour day. Toward the end of a book, the state of composition feels like a complex, chemically altered state that will go away if I don’t continue to give it what it needs. What it needs is simply to write all the time. Downtime other than simply sleeping becomes problematic. I’m always glad to see the back of that. »

I was 34, a first-time parent, married, a recent university graduate with a BA in English literature. I had published a few (very few) short stories in Omni, a glossy magazine from the publisher of Penthouse. Omni paid around $2,000 for a short story, a princely sum (particularly when compared with science fiction magazines – digest-sized, the traditional pulps – which paid perhaps a 10th, if that). Omni left me no choice but to write more.

Their first cheque cashed, I’d purchased the cheapest possible ticket to New York, intent on meeting the mysterious human whose editorial decision had resulted in such a windfall. The late Robert Sheckley, a droll and affable man, and a writer whose fiction I admired, took me out to lunch on the Omni tab and gave me two pieces of sage advice: I should never, under any circumstances, sign a multi-book contract, and neither should I “buy that big old house”. I have managed to follow the first to the letter.

On the basis of a few more Omni sales, I was approached by the late Terry Carr, an established SF anthologist. Terry had, once previously, commissioned a limited series of first novels for Ace Books – his Ace SF Specials. Now he was doing it again, and would I care to write one? Of course, I said, in that moment utterly and indescribably terrified, something I remained for the next 18 months or so, when, well out of my one-year contract, I turned in the manuscript.

I was late because I had so very little idea of how to write a novel, but assumed that this might well be my first and last shot at doing so. Whatever else might happen, I doubted anyone would ever again offer me money up front for an unwritten novel. This was to be a paperback original, for a very modest advance. My fantasy of success, then, was that my book, once it had been met with the hostile or indifferent stares I expected, would go out of print. Then, yellowing fragrantly on the SF shelves of secondhand book shops, it might voyage forward, up the time-stream, into some vaguely distant era in which a tiny coterie of esoterics, in London perhaps, or Paris, would seize upon it, however languidly, as perhaps a somewhat good late echo of Bester, Delany or another of the writers I’d pasted, as it were, on the inside of my authorial windshield. And that, I assured myself, sweating metaphorical bullets daily in front of my Hermes 2000 manual portable, would almost certainly be that.

But in low expectations lay a sort of freedom, and in fear (fear simply of never completing the thing, most of all) a brutish but workable self-goad. I would write, then, to the audience I imagined in the future of my discovery by friendly if unimaginable forces, and to them alone. A message in a bottle. It only mattered that I get it as right as I possibly could for them, while using everything I had accumulated, over my then 34 years, that would fit. And that I leave it, as bicycle racers say of the home stretch, on the road.

Once finished, I must have sat staring at that unlikely stack of bond paper, wondering, as I now do each time I complete a novel, what exactly the hell I’d just done. In truth, I neither remember that moment nor the exact circumstances of Terry offering me the commission, both having been perhaps a bit too fraught to retain. I do remember seeing Terry, some time after I’d turned it in. I hadn’t heard from him, at all. He was descending a curved stair, from the upper to the lower lobby at some convention hotel. Had he gotten my, um, manuscript? Yes, he said. “Is it going to be OK?” I asked, my anxiety phrasing the question. He paused on the stair, gave me a brief, memorably odd look, then smiled. “Yes,” he said, “I definitely think it will,” and then continued down, and on into the bar. I may never have seen him again.

Time, and lives, can be like that. Just as friendly if unimaginable forces may sometimes find us, unlikely as that can sometimes seem.