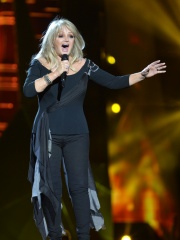 The singer, best known for singing the classic Total Eclipse Of The Heart, barely looked as if she had aged a day when she made her appearance on Good Morning Britain in 2018..

Bonnie looked shockingly similar to her 80s self – with smooth skin, full lips and defined features.

The fresh-faced blonde could easily pass for a woman in her mid 40s.

Her hair looked healthy and full, and she was wearing a flattering black number.

Some Twitter users suggested her youthful appearance made her look “plastic” while others said it made her have a “frozen appearance”.

One user Tweeted: “Her face doesn’t even move.”

However, some fans were amazed at how good she looked for her age.

She is best known for 1980’s records such as Total Eclipse Of The Heart and I’m Holding Out For A Hero.

Bonnie represented the UK in Eurovision 2013.

The talented singer has been nominated for three Brit Awards and three Grammy Awards.

She released her debut single My!My! Honeycomb in 1976, but charted worldwide with It’s A Heartache in 1977.

Due to her never-changing appearance, Bonnie has been the subject of many plastic surgery rumours.

“If you go lower you look like a hamster in a wind tunnel.

“Why lie? What difference does it make? If makes a difference to my face, but that’s it.”

She also told The Telegraph that she has injected fillers into her lips to make them fuller.

Bonnie also attributes her stunning looks to having a “sensible” diet. 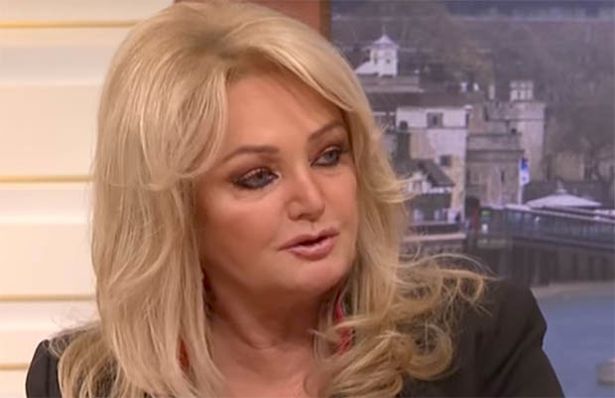 She told the Daily Mail: “A few years ago I tried acupuncture when I wanted to lose weight – I was told it would speed up my metabolism.

“I was also on a more sensible diet at the same time which, if I’m cynical, is more likely the reason for the weight loss.”

The singer said when the Atkins diet arrived she lost 16lb in the first month, but piled it all on again when she stopped.

Now she swears by just cutting down on what she eats.

Following years of covering up in dowdy black, Tyler is now able to showcase her slimmer figure in colourful silhouettes.

The Total Eclipse Of The Heart hitmaker started the LighterLife Lite diet on February 5 and has already reached her target of losing one and a half stone.

The eating plan meant Tyler could have one healthy meal a day, with foodpacks for lunch and dinner, with help from  weekly group sessions with fellow dieters.

Tyler enthused: ‘The experience has been fantastic. I have just about reached my target which was 1.5 stone weight loss and I feel so much happier.

‘The programme is so easy and suits my lifestyle perfectly because when I’m on tour or in a recording studio, I don’t have to think about food – I just take my LighterLife Lite soups with me.

‘I have more energy and my lovely Counsellor Claire, has helped me change my relationship with food for the better. I can still eat one tasty meal a day so I don’t feel like I’m missing out at all.’

She explains: ‘I’m over the moon and I’m singing round the house even more than usual now I’m slimmer.

‘My husband Robert is loving my new look and it’s great to be able to wear bright colours instead of so much dowdy black!’

Her weight loss comes after Emmerdale actress Pauline Quirke also lost eight and a half stone on the full LighterLife eating plan.