Paul David Hewson KBE (born 10 May 1960), known by his stage name Bono, is an Irish singer-songwriter, activist, philanthropist, and businessman.

Perhaps what Bono is best known for is his iconic sunglasses, which he never seems to take off, even when it’s nighttime. While we thought this was just for style, we soon found out that Bono actually lives with a condition known as Glaucoma.

This is a medical condition where the person’s eyes are very sensitive to light, and even a flash can leave the person’s eyes feeling very blurry and out of touch, which can not only be irritating but may even pose safety issues, such as the person suffering migraines or not being able to see where they’re going.

In an interview with the Rolling Stone magazine, Bono said;

“…very sensitive eyes to light. If somebody takes my photograph, I will see the flash for the rest of the day. My right eye swells up. I’ve a blockage there so that my eyes go red a lot. So it’s part vanity, it’s part privacy and part sensitivity.” 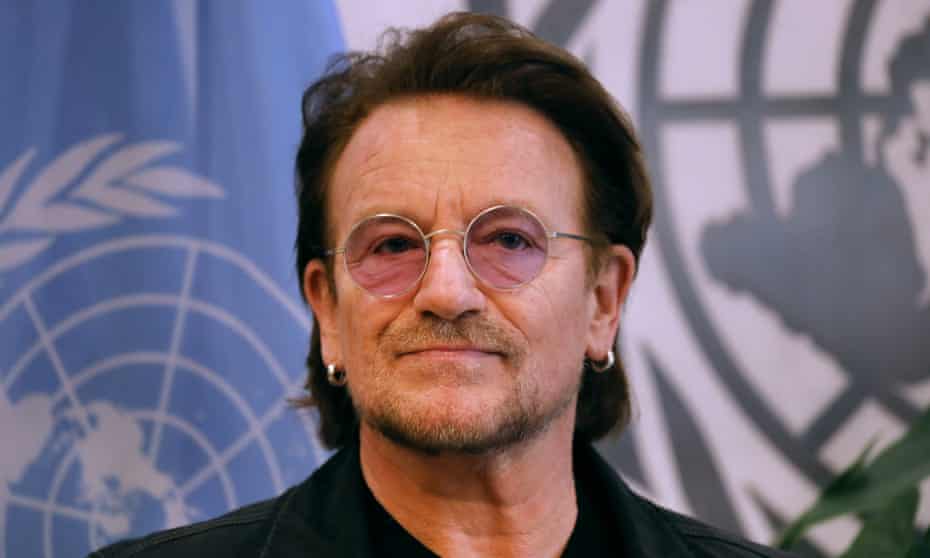 There was an interview with Bono in the People of the Year edition of Time magazine and he said he has some back problems and has been unable to workout / exercise. I don’t know how long he has had the back problem. He said this is why he is overweight. Is his weight gain noticeable to other fans? He does not look overweight to me but I’m a guy and really don’t notice that kind of stuff.

Bono is actually allergic to alcohol. He realized this in the ’90’s after visits to doctors. He only drinks vintage wines because as the wine ages whatever it is he is allergic to dies. They are said to trvel with cases of vintage wines for Bono.

I read he also drinks hard liquor on occasion, but rarely.

I used to think he was always drink onstage as he used to stumble all over the place. The truth is that he is clumsy. He said he only got on stage drunk in his life and that was in Paris after his father got him drunk al day.