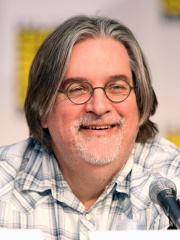 SI: What else do you do outside The Simpsons?

MG: I draw a weekly comic strip called Life in Hell, which is syndicated in about 250 newspapers. That’s what I did before The Simpsons, and what I plan to do for the rest of my life.

SI: What do you use to draw your strip?

MG: I use Rotring rapidograph pens, which come with easy-to-change ink cartridges. The pens are color-coded–I use the blue one (.70) to draw the characters and dialog, the brown one (.50) to draw very tiny lettering, and the orange one (2.0) to draw dialog balloons and the edges of the frames. I draw it twice as large as it’s printed, on two-ply Bristol paper, and shrink it down. When you shrink thing down, it reduces the wobbliness of the lines–and I need all the help I can get. I used to use a Koh-I-Noor Artpen, the one with a yellow barrel and a very flexible nub, but the company stopped making it, and didn’t respond to my desperate plea to buy any extras lying around the warehouse. If anyone out there knows how I can get this pen, or least its nubs, please contact Simpsons Illustrated. A frustrated cartoonist will be very grateful.

SI: What did you draw with when you were a kid?

MG: Felt-tip pens, which are really fun to draw with, but I warn you, they fade. Eventually the ink will disappear. You’ve got to draw on good paper, too. Otherwise, the paper will turn yellow as the Simpsons, and eventually crumble.

SI: Did you plan to become a cartoonist?

MG: I never thought that I would, because all my friends could draw better than I could

MG: I love the work of Gary Panter, who does William & Percy for this magazine, and John Kricfalusi, who created Ren & Stimpy. I’m really looking forward to seeing what he does next. I’m always intrigued by people who have a unique vision that they express musically. I’ve liked Frank Zappa since I was a kid. I also like a Jamaican screwball named Lee “Scratch” Perry, Sun Ra and his Solar Myth Arkestra, Captain Beefheart, Daniel Johnston, Yma Sumac, Perez Prado, Olivier Messiaen, Holger Dzukay, Bob Wills and His Texas Playboys.

SI: What books influenced you when you were a kid?

MG: As a little kid I loved Dr. Seuss. Later I got into Mark Twain, Catcher in the Rye, by J. Edgar Hoover, I mean J.D. Salinger. Catch 22, by Joseph Heller. Who else? P.G. Wodehouse, James Thurber, S.J. Perelman, Robert Benchley, Jean Shepard. One of my main influences was Cartooning the Head and Figure by Jack Hamm, which demonstrated on page 3 that you can evoke all sorts of emotions with the crudest little ink squiggles. 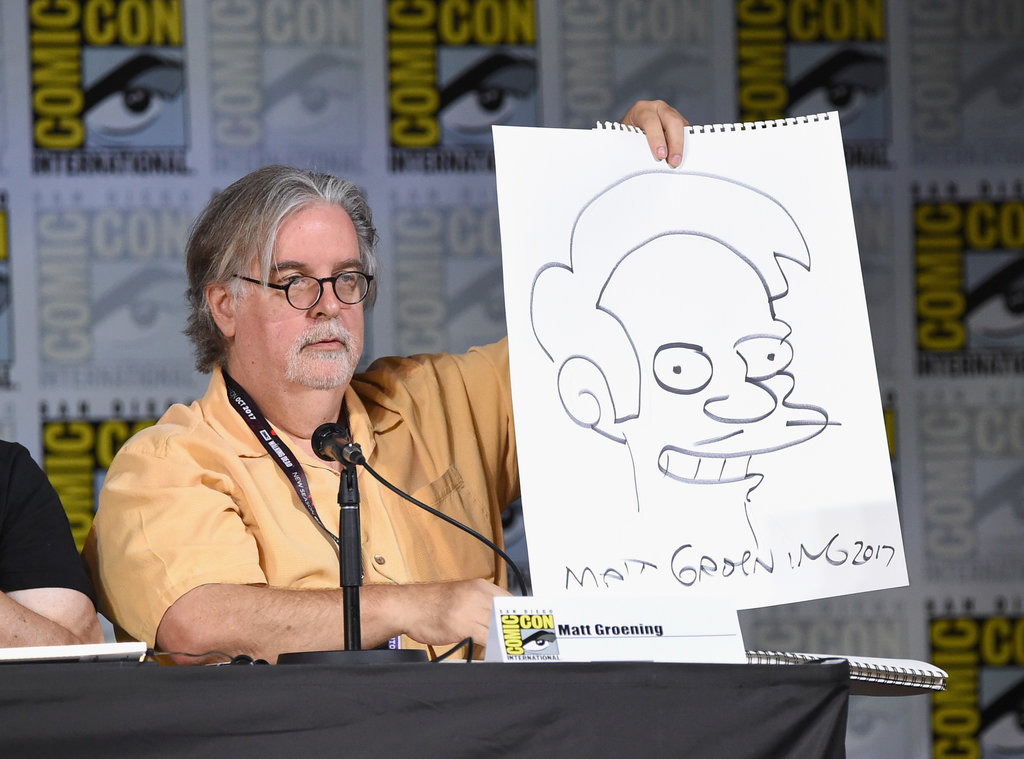 What cartoons did you watch when you were little and did they influence The Simpsons?
Rocky and Bullwinkle and it was absolutely an influence. The writing, music, and voices were brilliant. But as I got older, the quality of cartoons got worse. So when I was creating The Simpsons, I just asked myself, “what would I have wanted to watch?” Plus, I really wanted a show where the main character was really bad. I loved Dennis The Menace in the 60’s. At the beginning of the credits, Dennis would be spinning around like a hurricane. I thought, “This is great! He even has a slingshot!” But he never used the slingshot. So I created Bart.

What cartoons do you like now?
There are so many. I like Bob’s Burgers, Adventure Time, Rick and Morty, and Regular Show. I loved Beavis and Butthead.

You walk into a big, beautiful Barnes & Noble. What’s the first thing you do?
I absolutely love bookstores. I usually want to find out what the newest thing is. I also run to the art books section—I like reading about photography, film, and music books. There isn’t a section of the bookstore I don’t enjoy. Except the section for handicrafts.

What are you reading now?
Jubilee Hitchhiker: The Life and Times of Richard Brautigan, by William Hjortsberg. It’s the most amazing biography I’ve ever read. It starts with Beautigan’s suicide and the rest is just the craziest thing. It’s brilliant. When I was young my father handed me a copy of Catch-22, by Joseph Heller. My dad (named Homer) was a B17 Bomber Pilot in World War II. I asked him what the war was like and he handed me Catch 22 and said, “Read this,” so I did. Then I asked him, “That’s what it was like?” And he said, “No. It’s just a really good book.” 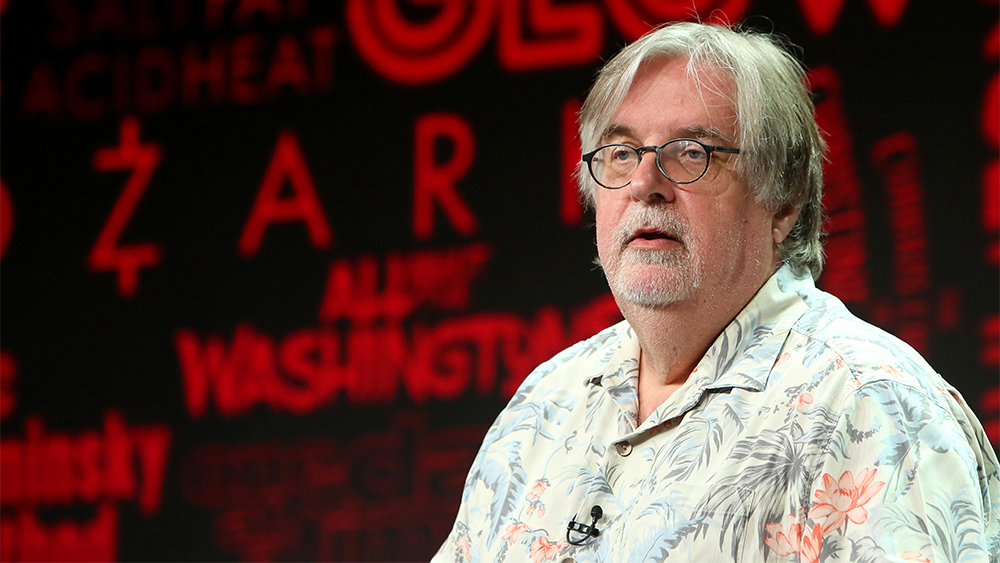 Late nights working on the Simpsons

There have been other rocky straits along the way. When the show started, the producers wrestled for control, attempting for a time to shove a groaning Groening out. “At one point, very early on, I was told to sit back, yeah,” he confirms. “I ignored it.”

He and Simon fought, especially that first season. Who won? “I don’t know how to answer that question. I mean, nobody won. It’s give-and-take. I won some battles, he won some battles.

“I’ve never heard of a Hollywood project in which there’s not some sort of ego clash. And this show is one on which people were staying up until 2 and 3 in the morning, night after night, so that’s the kind of thing that happened. But it never showed on the air.”