I try to get to the gym three times a week, but when you’re always on the move sometimes you have to do a little prison workout – press-ups, dips on the toilet and press-ups on the sink.

In an interview with CoachMag.co.uk:

What was your typical prison workout?
We’d get to go to the yard and work with the weights – but my workout was mostly callisthenic because I was a boxer.

Where did you learn to box?
I had an uncle who used to fight in [amateur boxing contest] Golden Gloves. When I was eight years old, he was about 13. By then he was already a pretty good boxer. I want to say I was his sparring partner, but I was really his punching bag. So I either had to learn to defend myself or get my brains beat in.

Did that prove useful when you were in prison?
Oh yeah. Boxing in jail literally made me a celebrity. When you get in there and everyone knows you’re a fighter they’ll match you up with all the best fighters around. I was the lightweight and welterweight champion of every institution I was in back in the day.

How many was that?
Oh, there was San Quentin, Folsom, Soledad – those were the three major prisons. I was also in Sierra.

In an interview with GQ:

Are you exercising at home?

About five years ago, a lot of people started recognizing me, and it got real hard to go to the gym. So I put a little gym in my house. I have a treadmill, a bike, and a whole gym apparatus. I have a bench for bench press, and a squat rack. I have all the time in the world right now, so I’ll do chest in the morning, arms in the afternoon, and then the next day I’ll do legs and then back. Then I’ll walk. I’ve had a routine for so long, I just kinda do what I want to stay in shape.

Exercise is necessary, but it’s no longer a must. I’m in pretty good shape, and at 75, it’s gonna be pretty hard to get abs. So you just stay lean. I used to lift, like, 215 pounds on the bench, but now I don’t do anything like that. It doesn’t matter how much weight you lift anymore, it’s just the movements. Walking is probably the most important thing. I have five dogs, and I walk them each for 20 minutes so they get a little bit of exercise.

I’ve read that you had a pretty prolific boxing career when you were serving time.

My uncle, Gilbert Trejo, used to fight Golden Gloves. He was six years older than me, so I was his punching bag—or, his sparring partner. I had to learn how to fight. When I was 8 and he was 14, I was boxing with him quite a bit. So I became really good, and when I got in trouble I’d always box inside. I became the lightweight champion of every institution in the state of California.

When I got out, I couldn’t get a [boxing] license because of my record, so I used to do club fights. I made a little bit of money, but you kinda start realizing, “Wait a minute, this might not be what I want to do.” And then I became a drug counselor, which I still am.

What kind of workouts did you do when you were boxing?

Boxing and weightlifting are completely different workouts. With weightlifting, you’re gaining a lot of muscle. Boxing, you want to be lean, so cardio is the main thing. You run five or six miles every day. When you start boxing, you’re burning energy even before you get into the ring. The difference between MMA and boxing is that when people are down on the ground holding onto each other, they’re not wasting the same energy that you waste when you’re just fighting.

Do you still box?

No. My God, I’m 75, the last thing I wanna do is get hit in the face. I still hit the bag and jump the rope, but I don’t spar anymore. There are a couple people that wanted me to train them, but I don’t have that kind of time. Being a trainer is a whole career. Otherwise you’re just wasting your fighter’s time. I do have a fighter I sponsor—her name is Seniesa Estrada. She won the WBC Championship of the world, and she’s amazing. She’s at 19-0 right now. I’m really proud of her. 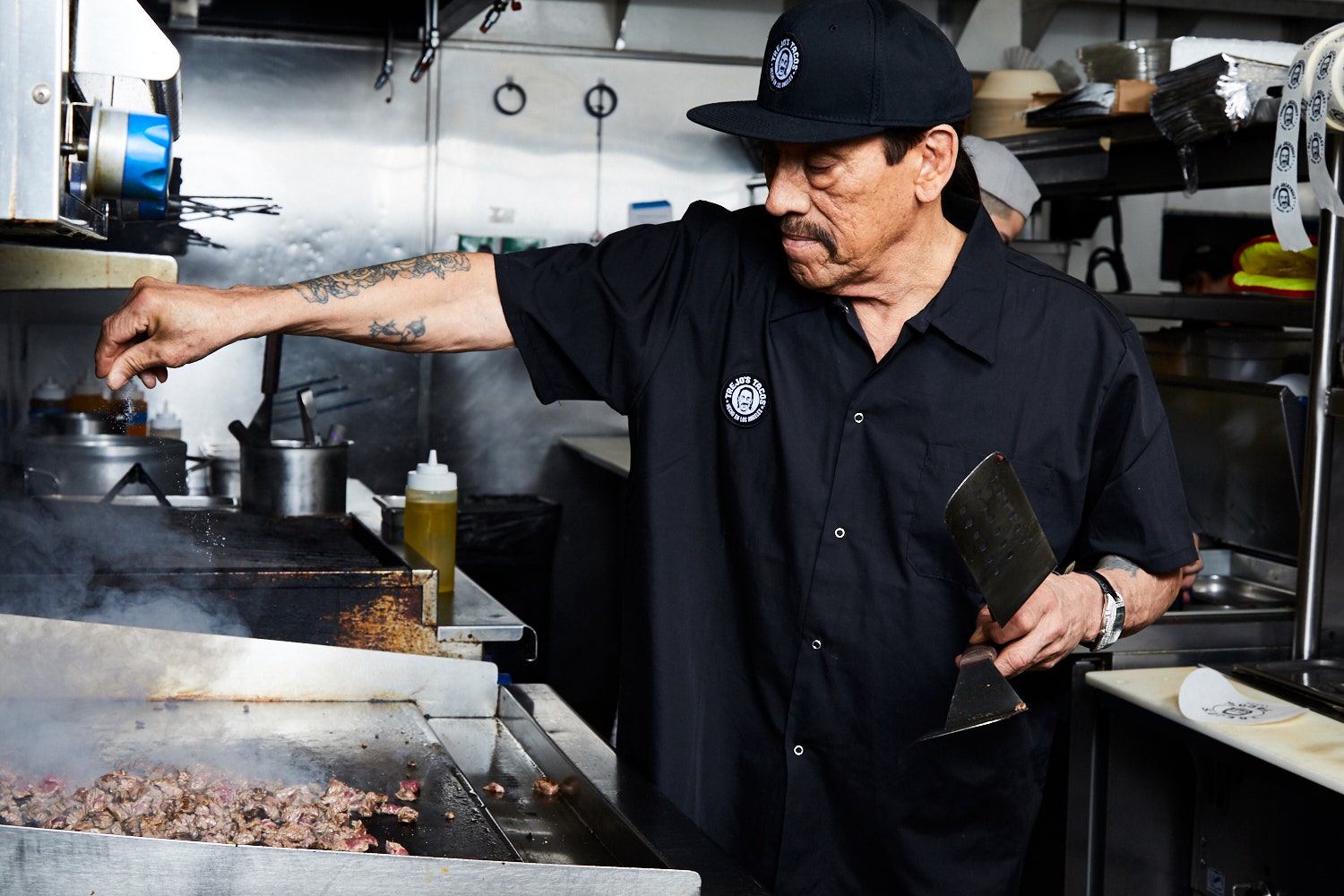 In the morning, I’ll eat a good, healthy breakfast. Usually it’ll be scrambled eggs with turkey bacon. It’s with soy, so it’s not fatty. And then peppers, onions, spinach, and feta cheese.

I don’t eat fast food, so if I have to stop somewhere for lunch or dinner, I’ll find a deli where I can get a good sandwich. My favorite food, really, is the carne asada nachos that we have at Trejo’s, with two eggs on top. We have the best nachos in the world. I’ll put those up against anybody. And they’re actually pretty healthy. They’re gluten-free. 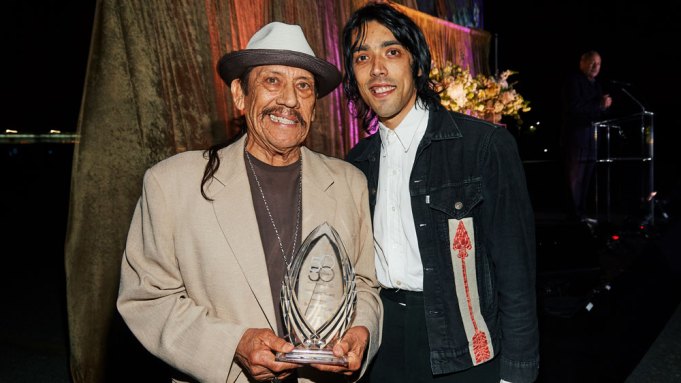 No matter how busy he gets, he stays close to the recovery community. He regularly attends and speaks at 12-step meetings.

“I honestly believe this sobriety and being clean depends on your support system,” Trejo says. “You’ve got this system of people around you that want you to stay clean and sober. If I’m driving down the street and I’m with somebody clean and sober and I say, ‘God, man, I sure could go for a joint right now or a beer,’ this guy will say, ‘Hey, wait a minute. … Let’s go to a meeting.’ … I surround myself with people that are clean and sober.”

It’s been decades since Trejo has had a craving to drink or get high. But if the thought does pop into his head one day, he knows all he has to do is remember the past.

“When I think about drugs … I think about having to shower with 50 men in prison,” Trejo says. “I don’t want to do that anymore. I don’t want somebody saying, ‘Hey, bend over and spread ’em.’ That’s what drugs mean to me.”