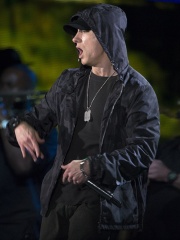 By working out compulsively. And in a new article on Men’s Journal, the rapper details his compulsive exercise regimen. “In the early days,” he says, “I jut went with the flow: If I could hit a gym, I’d hit up a gym. If someone suggested a workout that seemed legit, I might try it, but it wasn’t a priority. Everything has to work around the music.” And whenever he worked out with Dre, he “had to lift the kiddie weights.” He started getting into exercise more seriously in the aftermath of his prescription pill addiction:

“In 2009, I overdosed on pills, and I went into the hospital. I was close to 230 pounds. I’m not sure how I got so big, but I have ideas. The coating on the Vicodin and the Valium I’d been taking for years leaves a hole in your stomach, so to avoid a stomachache, I was constantly eating — and eating badly. When I got out of rehab, I needed to lose weight, but I also needed to figure out a way to function sober…It’s easy to understand how people replace addiction with exercise. One addiction for another but one that’s good for them. I got an addict’s brain, and when it came to running, I think I got a little carried away. I became a fucking hamster. Seventeen miles a day on a treadmill. I would get up in the morning, and before I went to the studio, I would run eight and a half miles in about an hour. Then I’d come home and run another eight and a half. I started getting OCD about the calories, making sure I burned 2,000 every day. In the end I got down to about 149 pounds. I ran to the point where I started to get injured. All the constant pounding from the running began to tear up my hip flexors.” 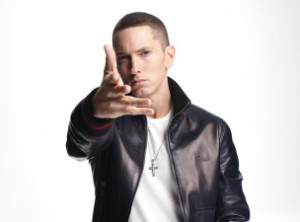 Used It As An Addiction

“It gave me a natural endorphin high, but it also helped me sleep, so it was perfect. It’s easy to understand how people replace addiction with exercise. One addiction for another but one that’s good for them.”

Sleeping In The Dark

Eminem can only sleep in a completely dark bedroom. In hotel rooms, he makes the staff black out all of the windows completely.