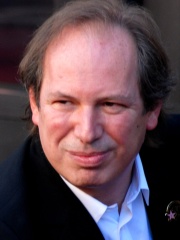 When working on a project – which is most of the time – Hans usually arrives at the studio at 11 am and then works until 3 or 4 in the morning. 7 days a week. For months. As the deadline approaches, everything else fades away. Harry Gregson-Williams once told me you could tell how far into a project Hans was by the length of his beard – at some point, he stops shaving.

Hans is not as fast as his one-time assistant, Harry, or his current go-to arranger, Lorne Balfe, both of whom work at superhuman speed. Hans once suggested that I worked too fast. I was puzzled at the time, but what I think he was really saying was that I needed to pay better attention to the little details that, cumulatively, make all the difference.

There’s like sort of a bottom-line question that always hovers in the back of every conversation I have with anybody who wants to get into doing film music, which is, how do you get into film music? And honestly, I can’t tell you how other than you have to feel compelled to tell a story. That’s what you want to do. OK, here’s my lesson for you. Whoever wants to be a film composer or even a composer or a musician. It’s a terrible career move. It’s terrible. There are so few opportunities. And most of the time, it’s not going to work out, or you’re going to be starving, or you’re going to get chucked out of your flat for not paying the rent. These are all things that have happened. I’m speaking from experience. And the only reason to do it is because if you don’t write music, you will die. I mean, literally, you have to be that crazy. I mean, I can’t do anything. I never learned anything. I can’t have a normal job. This is the only option I have. And as much as, on a movie, I always have this thing about executing plan B flawlessly. Had that solo violin not worked out, I know how to write an action score. A conventional action score. But as far as am I a film composer or am I not a film composer, there is no plan B. There isn’t the– I learned dentistry in my spare time and I can support myself that way. And I think it helps. I think there’s nothing wrong with always being right at the edge of the ledge. And write from that position. I tell you these stories and they are funny and you know because they’re all the funny stories because we got through it. We got through it because we failed a lot in it. The weird thing is, it doesn’t matter which score you listen to that is successful and sounds easy. I mean, this stuff sounds incredibly easy. Hey, just came in one morning and there it was. It’s not like that. The first thing you have to do if you decide you’re going to write a piece of music or you’re going to write anything is you have to make an agreement with yourself that you’re going to have the courage to sit there and struggle about each little note. Because they aren’t just there. You have to fight for each note. And it’s going to take a long time and you’re not going to go home and see your kids. You’re going to miss Christmas. You’re going to– your friends are partying and you’re still trying to hunt that note down. And weirdly, there’s like a whole part where it gets really boring as well. You know, the invention part is fun and dangerous and reckless, and then comes the actual, OK now I’ve done all the thinking and the inventing. Now I have to actually go and execute it. So you have to find a balance, for instance, of not overthinking the thing because you need to keep the danger and the enthusiasm and the momentum going.