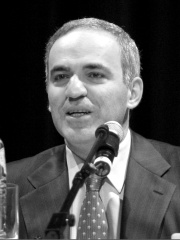 I never schedule anything before 11, so that means I don’t wake up until maybe 10. Breakfast is not a time for business or meetings. It’s usually at my apartment in Moscow and it’s a period when I try to relax. People often ask me about the Russian diet, but I always say: “There’s no such thing as a Russian diet.” I don’t assign a particular type of eating to a particular country. Personally, I have yoghurt and fruit.

On psychological advice and chess:

Develop your mental toughness. Kasparov credits his 20 years as the world’s top-rated player to his ability to endure and thrive under intense psychological pressure for prolonged periods. He believes that everyone can unlock his/her untapped cognitive potential with the right keys. He first learned how to release his full potential from his mother, who taught him that playing chess wasn’t about winning, but about making a difference, creating new ideas, and challenging his own excellence. Kasparov galvanized his mental toughness by devoting himself to coming up with new ideas and striving to stay ahead of the curve. A loss will shake your confidence, but it is essential that you recover your strength for the next game. You can improve your mental endurance through physical exercise, nutrition, and a willingness to learn from your mistakes while also putting them behind you.

Remember that chess is a game of psychology as much as tactics. A key component to Kasparov’s mastery of chess is the way he views each game as an exercise in psychology. Kasparov has developed a keen sense of observation to assess his strengths, and design a game that best benefits his instincts while exploiting his opponent’s psychological deficiencies. Don’t forget that chess is a two-player game. Your strategy may be undone by your opponent if you don’t disguise your true intentions and create multiple threats. Even if your opponent reacts to your main threat, it may give you the opportunity to make progress elsewhere. 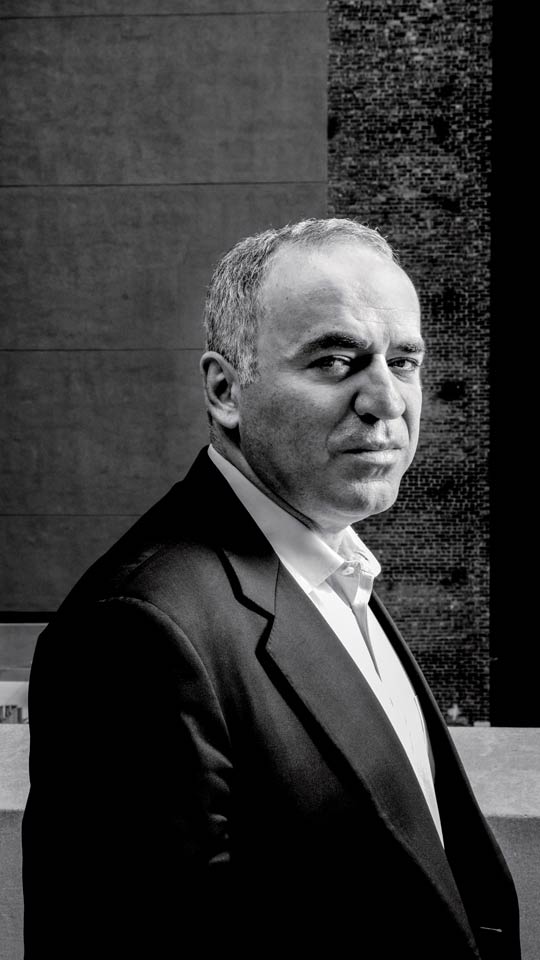 From an interview with Alison Beard in the HBR:

HBR: What can people in business learn from the best chess players?

Kasparov: In chess, soccer, baseball, business, politics—God forbid, war—we make decisions. Some are good, some not so good. The way to improve is to look back and analyze them. Many people think that if something worked yesterday and is still working today, it will work tomorrow. That’s wrong, because people on the losing side will come up with a new strategy. I stayed on top for 20 years because I knew that even if you win, there are things to learn. There’s no such thing as a perfect game. Not resting on your laurels is a very important lesson.

What has helped you more—natural aptitude or practice and preparation?

Without natural aptitude, you wouldn’t go anywhere. But working hard is also part of talent. Always trying to be at the cutting edge of chess was important to me. I wanted not just to win the game or impress my opponent but also to make sure I was learning something.

What advice do you give the people you coach?

There’s this conventional wisdom that it’s possible to give universal advice—a tip. But we’re all different. Your decision-making process is as unique as your fingerprints or your DNA. Something that works for you may be counterproductive for me. So you have to look inside. Some of us are more aggressive; some of us are more defensive. Some tennis players prefer to stay on the back line; some have a very powerful serve and rush the net. Both can be number one. You have to understand who you are, know what you’re capable of and what you’re not, and then try to construct a game—or a deal or a campaign—in which your superior qualities will be factors and your disadvantages will not be displayed. Remember that no matter how much time you spend in preparation, at the end of the day your key decisions will be made under time pressure, which means you’ll act on your gut feelings. If you’re defensive, you won’t be able to make an attacking move. At the climax you don’t go against your nature. So make sure to play your own game. The person who’s more skillful in creating the right environment will be triumphant.