James Daniel May (born 16 January 1963) is an English television presenter and journalist.

James May has claimed he’s gotten ‘well buff’ in lockdown after going out for a bike ride every day in his area.

Reflecting on how he didn’t see either Jeremy Clarkson or Richard Hammond amid the global pandemic, James also joked that being away from the pair helped to make him ‘healthier’.

Speaking to The Sun, James said of Jeremy and Richard: ‘I wouldn’t say I’ve particularly missed them. I’ve seen so much of those two idiots over the past 15 years of my life. I don’t pine for them in any way whatsoever.

James went on to explain that he goes out to cycle between five to ten miles a day, and he claimed would follow government guidelines by only going out to exercise once a day. 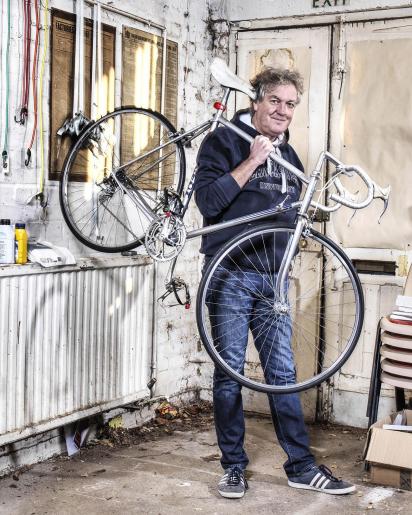 The ex-Top Gear presenter doesn’t usually share too much about his private life with his partner Sarah Frater, but in a recent interview he did with Jay Rayner on the Out To Lunch Podcast, he gave away information that had us worrying about his health while staying in Germany for Frater’s birthday.

While at a health retreat, May was put on a “starvation diet”, which was mostly taken up by “middle-aged and fairly wealthy” people, he admitted. The podcast, which takes place over a meal, heard May question how much he was actually allowed to eat during the recording.

“They immediately put me on a starvation diet. All I could do was chew a herbal infusion.”

He continued: “Sarah sat there having the food that they do and it’s fairly simple in small portions.
“So I had to chew tea for two days and I had to do this liver detox – I’m not sure your listeners are going to want to hear this.

“She wanted to try a [health] clinic for a week and I did it. It made me ill to be honest.”

James went on: “You go in [to the clinic] and you get the impression it’s full of middle-aged, probably fairly wealthy people who have absolutely nothing wrong with them.

“But they feel more virtuous because they’ve gone for a detox or whatever.”

“After two days, I had a belting headache and could hardly see anymore. I was faint and trembling with hunger and I went to them, ‘This is ridiculous. I’m on holiday and you’ve made me ill. You’re going to have to give me some food.’

He then explains how he tried to order a chicken curry, but this was met with “disdain”.