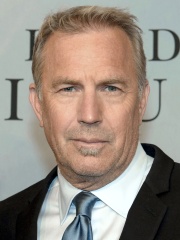 “How do I stay healthy at this age? I have little children, and I work hard at playing harder than them,” says Kevin Costner

“I love a little horseback riding, followed by taking the kids out to the tide pools and just running around looking for crabs,” says the very young-looking 62-year-old. “I’ve been real lucky about a lot of things in my life, but one of the things has been this ability to stay healthy. I think one of the big things that helps me is that I don’t sit it out. I move. I get out there and take the biggest bite out of life that’s possible.”

It is not really a workout at all! He was half joking really, but what he calls the Daddy Workout involves chasing after young children and picking them up, carrying them, and basically doing what dads do. Fatherhood provides more bending and stretching than any yoga class!

Kevin Costner is an old father. In the last five years he has has three children. He explained how he slowed down his career to spend quality time helping raise his children with his wife Christine Baumgartner, who is 39 years old.

Kevin Costner is not only an actor, he sings and played guitar in his own band, the Kevin Costner & Modern West. They toured the world in 2007 and the band’s most recent album was in 2010. They are still gigging.

Costner is also a keen golfer and often plays in celebrity golf tournaments and is a  member of the Birnam Wood Golf Club in California.

How did Costner get in shape for Jack Ryan?

When this question was posed to him he explained: “How did I get in shape for a movie that requires me to run around the USSR ducking and evading the bad guys?

“Remember those kids I just told you about? Forget hand weights. Just lift up my kids about a million times a day.

“Then go running after them when they take off in about a zillion different directions. After all that it was easy to get on a horse and do ’Hatfields and McCoys’ last year”.

Kevin Costner revealed that he gets much of his inspiration from Sean Connery. In fact, during the filming of The Untouchables, Sean Connery gave the then young Kevin a few tips of his own.

Yes, Sean Connery’s advice was to stop pacing and to sit and wait. This may not have helped Kevin stay in good shape, but he learned to pace himself, worry less and let movie directors do the worry and just relax a little more. Having a more relaxed and care-free outlook on work and life can really help to improve your quality of life.

Kevin Costner is just an active guy who looks after his health well. Sensible eating, a good work life balance and plenty of hobbies and some regular exercise is enough to stay in great shape.