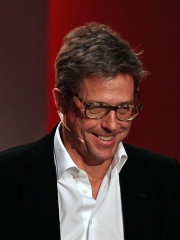 It’s been reported that the English star has followed the low-sugar clean and lean diet. As the name suggests, this diet entails substantially cutting down on sugar and basically anything that’s processed. Hence, Grant possibly mostly eats chicken and fish for proteins, complex carb foods such as oatmeal, and fruits and veggies. Nonetheless, the actor also allows himself to eat whatever he likes as long as it’s in moderation.

Hugh Grant has described fatherhood as both the ‘worst and best’ time of his life as he discussed ‘trying to be a young father in an old man’s body’.

The actor, 60, admitted parenting his five young children is ‘rough’ but ‘absolutely worth it’ as he gave a rare insight into his family life.

The Love Actually star said he is very ‘silly’ as a father, but added that he is not sure his children enjoy his playful behaviour as they often ‘roll their eyes’ at him.