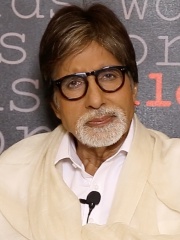 Take a look at his health secrets which are responsible for keeping him fit and healthy all through these years:

We might have seen Big B puffing on cigarettes in his movies, but in reality he does not smoke. And we all know that smoking affects almost every organ in the body.

No alcohol or aerated drinks

He doesn’t take alcoholic drinks and even avoid tea or coffee. Studies have shown that alcohol can have negative impact on the brain, heart, liver, and other organs, especially when taken to excess. Not just alcohol, tea or coffee, it is said that he has even given up on aerated drinks that lead to diabetes or insulin resistance, not to mention weight gain and other health problems. Also Read: Weight loss – Six tips to burn belly fat while you sleep

You would be surprised to learn that Amitabh Bachchan has given up on all kind of Indian sweets, including pastries and cakes that are often high in calories.

It is said that Big B and his wife Jaya would eat meat, but now he gave up non veg food and is now a pure vegetarian. He also maintains a balanced diet to stay healthy. The actor is considered as one of the fittest vegetarian in Bollywood. In fact, he has also been named hottest vegetarian by PETA several times. Also Read: Top five cancer-causing foods you might be consuming everyday

The Indian actor, who has been working out since five to six years old, strictly sticks to his workout regime even today. We heard that Big B, who is very particular about his exercise, gets really annoyed if he misses his morning workout session. He also practices yoga to stay fit.

Bollywood actor Amitabh Bachchan has revealed his entire morning routine in his latest blog post and it is quite inspiring.

Amitabh began the blog by telling fans that he heeded their suggestion and decided to go to bed earlier. He added that the blog was, therefore, a little late than usual and he had completed his gym session and even had breakfast ready on his table as he began writing the blog around 10 am on Sunday. He further revealed that he follows up his breakfast with tablets, coconut water, amla (gooseberry) juice, dates, tulsi leaves and almonds, apart from various other things.

“Okay so while all this was being conveyed to you lot .. breaka’ is almost over .. quick brief consumption .. the ‘tulsi patta’ , the probiotic dose , the protein drink the almonds, the porridge, the tablets , the coconut water , the ‘aanvalaa’ juice, (Myrrh it is called in the language of this post) , the fruit banana .. and at the gym, Dates from considerate Ef of the Arab world .. and bites of the apple in between machine changes .. and lots of water too .. and the odd ‘elixir of life’ to keep the spirits up .. bit of breathing ‘pranayaam’ at the yoga mat .. wind up .. put the tv screens off, get all the news , switch off the music .. the new sounds from Apple .. on with the mask and walking back to desk to make some sound .. YES .. make some more sounds with verse with messages with campaigns .. .. and .. ok see ya,” he wrote.