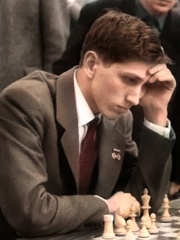 “He really believed in a good preparation,” Sneider said.

“He loved power (training) with weights, he swam 45 minutes a day and he was a ‘world champion’ walker. He takes enormous strides and can do that for 31/2 hours. He also liked playing tennis.”

As was often said by those who watched him grow up in the New York chess community, “Bobby is always Bobby.”