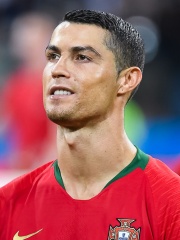 Cristiano Ronaldo (born 5 February 1985) is a Portuguese professional footballer who plays as a forward for Serie A club Juventus and captains the Portugal national team.

One of the keys to Cristiano Ronaldo’s success throughout his career as a footballer has been his dietary habits, details of which have emerged in recent days.

The Juventus forward eats as many as six times a day, with fish – chiefly sword fish, tuna and cod – making up the staple of his diet. Cristiano also puts away plenty of chicken, whose low fat content and high levels of protein earn it ‘super food’ status in the Portuguese’s eyes.

For breakfast, one option Cristiano favours is ham and cheese, accompanied by a low-fat yoghurt. When it comes to snacktime, a bite to eat particularly enjoyed by the former Manchester United and Real Madrid star is avocado toast.

Lunch number one might consist of chicken and salad, while lunch number two could be fish, such as tuna, with salad, eggs and olives. For dinner, he tends to have meat or fish, sometimes also dividing his evening meal into two separate sittings.

Ronaldo likes to have as many as five naps a day

Cristiano, 34, also likes to sleep eight hours a night and have several naps a day: at times even five. This is, of course, combined with very hard work in training and in the gym, with swimming and pilates two activities he does in his free time to stay 100% in shape.