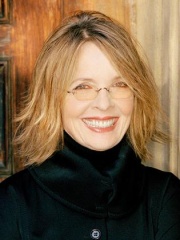 Getting up at 5am

I have a dog who I love very much, Emmie. She’s an old golden retriever and we go out for a walk in the morning.

I don’t eat meat or fish and I’m a nut person. I like a lot of walnuts in the morning, because walnuts are great and I eat yogurt and things like that.

I’m careful about what I eat, but now it’s become such a habit that I can’t imagine another way of eating.

I don’t eat a whole lot of sweets, except I do like Werther’s. Yay, Werther’s! I get my fix at the end of the day, I’ll have a Werther’s Original.

And also, I like a glass of wine, I’ll be honest with you, I like red wine and I like mine (‘The Keaton’). I have it with ice, I love it with ice.

I have a need to express myself at all times and in various [ways]. I’m an extremely visually drawn person. I think it came from my mother, who was very visual, so early on, we made collages at home.

My mother was a photographer, with a Nikon F and a darkroom.  She was always there to just say, ‘Fine, good, you go, however you want, whatever you want’. Great mum. 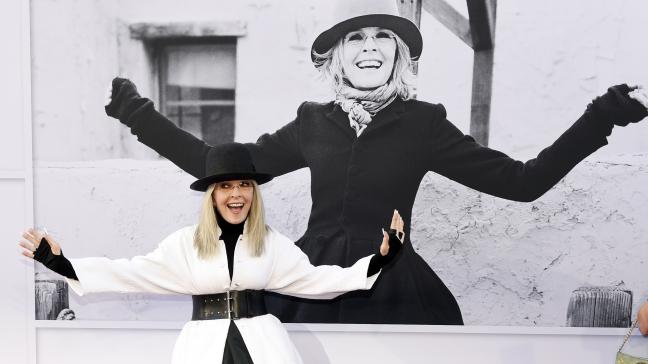 The mom of two says that she does make sure to get in some exercise every single day, even if she’s on a set. “I walk. I get on the treadmill,” she says. “And I’ll walk really fast to break a sweat. One thing is for sure – I don’t run. It’s too hard. But the fast walking does give me a lot of energy to face the day.”

Yes, that woman on the next bike in spin class might be the Oscar winner for “Annie Hall.” “I do take spin classes with my daughter Dexter,” moans Keaton.

“It’s rough. But at least I’m there. I’m sweating. I think the key here is that you don’t have to be like everybody else. Just do it. Do it the best you can do it.

“I know in spin class that for 45 minutes, I’m using my body to its fullest. And that’s big,” she said.