For some reason, I don’t like taking a shower in the morning. I always leave it till the middle of the day. If I get sent moisturiser, I’ll try it, but with my skin I might as well use leather polish. I think I’ve left it too late. Afternoons are when I get creative, but first of all I look at The New York Times, then read a little — at the moment I’m ploughing through Democracy in America, by de Tocqueville. At school I was hoping to go into politics, but after Kennedy was assassinated, things got too paranoid. Vietnam was just… a mess. I was actually called up for the draft, but we didn’t get along. I think I was the kind of guy they’d only call up as a last resort.

Late afternoon is when I get down to music. I’ve boom boxes in every room and I play whatever I’m working on. Admittedly, some of my best songs have come out of my looniest times. I lose my mind for a bit and a great song appears. A song that’s living, breathing and paying my bills. Maybe I wasn’t such a loony after all!

I finish off with another 15 minutes of exercise and then dress for dinner. If we’re going out, I’ll wear a suit, but at home I prefer a smoking jacket and a nice pair of slippers. Nothing else — no shirt, no pants, no underwear. Just the smoking jacket and slippers. 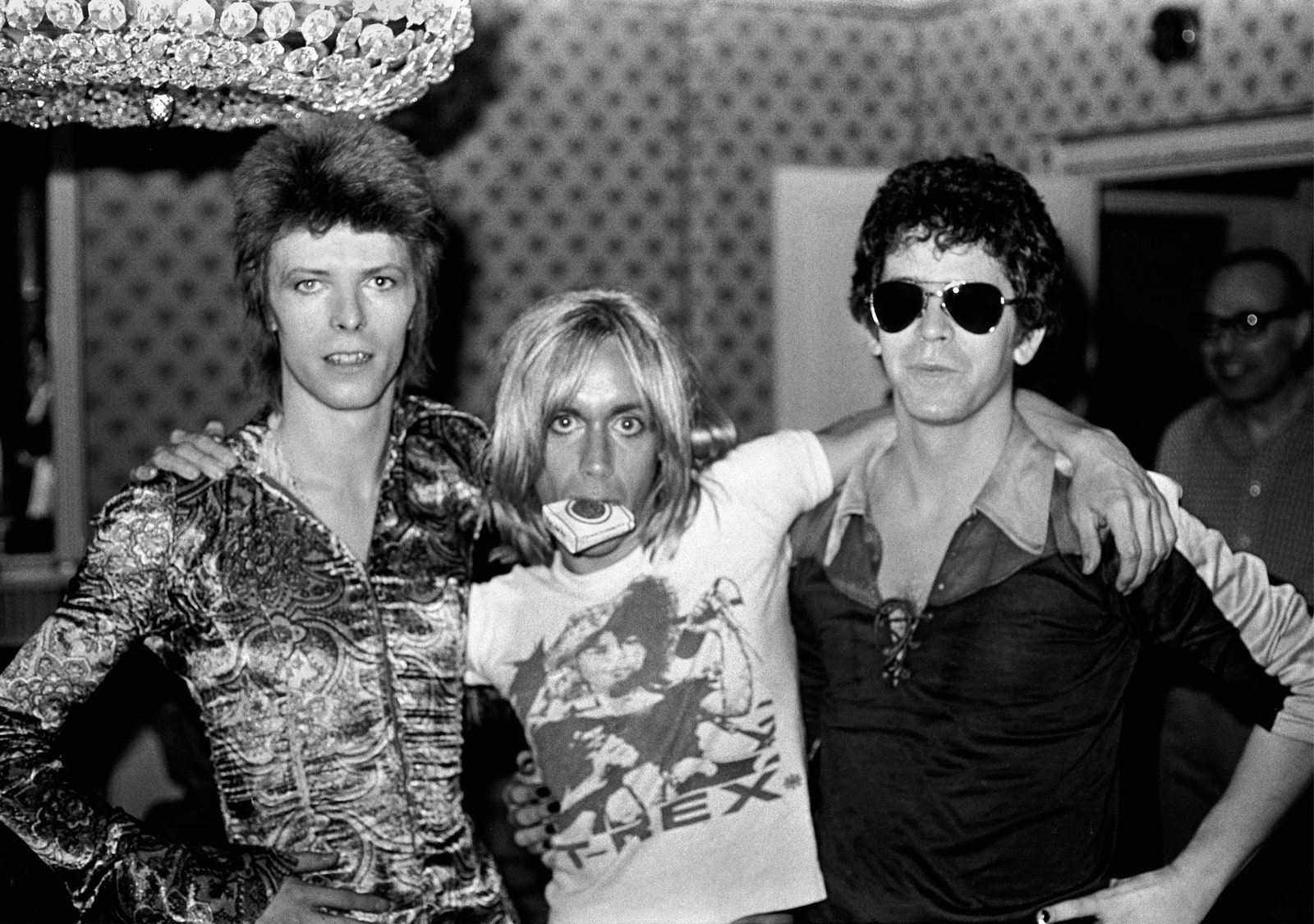 David Bowie, Pop, and Lou Reed at the Dorchester Hotel, in London, in 1972.Photograph by Mick Rock

Pop wakes up early these days—by 6 a.m. or so—and his only significant indulgence is a few glasses of wine in the evening, usually with dinner. If he is touring, his preshow ritual takes eight or nine hours. “I wake up, cup of coffee, stay in bed, clear my mind, don’t think about the show,” he said. “I’m not going to talk to anybody about anything. Three hours before, I lie down on the floor and do something called wu chi breathing, where I breathe very deep into my gut for almost a half hour. I’m a little high, but not dizzy, and my voice has widened. Then I lightly visualize for about an hour. I hit my cues—there’s certain blocking to remember, like in a play. Maybe you find one little thing that you can improve, but you’re not desperate about it. Then I do Qigong, which loosens up my bod,” he continued. “My bod gets tight. I’m a little gnarly. Then I take a hot shower and I turn it all the way cold. And then they pick me up, and take me where I’m going, and I sit there for a couple of hours, and I realize where I am and what I’ve got to do.”