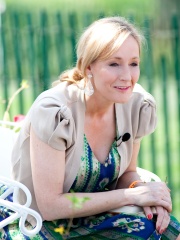 Joanne Rowling (born 31 July 1965), better known by her pen name J. K. Rowling, is a British writer and philanthropist. She is best known for writing the Harry Potter fantasy series, which has won multiple awards and sold more than 500 million copies, becoming the best-selling book series in history

On a typical writing day, Rowling will typically start working before 9am, and continue to write until 3pm, before taking a break.

“The earlier in the day I start, the more productive I am. In the last year or two I’ve put in a couple of all-nighters on the screenplays for Fantastic Beasts, but otherwise I try and keep my writing to the daytime. If I’ve started around nine, I can usually work through to about 3pm before I need more than a short break. During this writing time, I generally manage to drink eight or nine mugs of tea.”

Still, she reminisces fondly about writing in cafes where she is comforted by the background chatter. “I used to love writing in cafés and gave it up reluctantly,” Rowling wrote on her website. “Part of the point of being alone in a crowd was being happily anonymous and free to people-watch, and when you’re the one being watched, you become too self-conscious to work.”