Malkovich says he was a chubby child, and he adopted a drastic Jell-O only diet in an attempt to lose weight. It worked, apparently – he lost 70 pounds over a four-month period.

When asked why his parents allowed the diet, Malkovich responded, “I came from an odd family. I can safely say I don’t think they noticed.”

He Confronted A Stalker In Central Park With A Knife

The story seems too outrageous to be true, but Malkovich has confirmed it. He was once verbally harassed in Central Park, New York by someone who had been stalking him. Malkovich then ran to his apartment, changed clothes, and returned to the park a short time later with a bowie knife in hand to scare the stalker off. 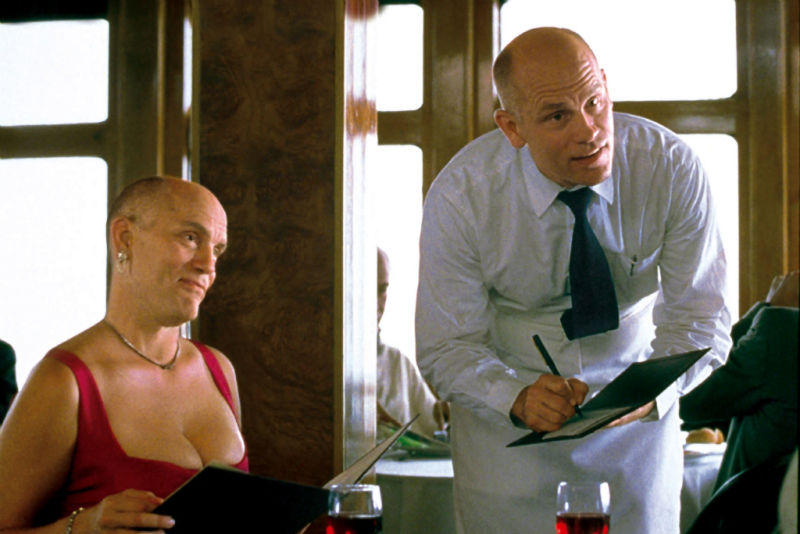 The last time Malkovich voted in 1972, George McGovern lost the presidential election to Richard Nixon. Malkovich was 19 at the time.

“Did I miss something? I don’t think so,” he told The Guardian. “It kind of goes on tick-tocking from left to right, with two sides shouting and squabbling for what common good I’m not quite sure. As I’ve said before, if politics had anything to do with the solving of problems then you could count me in.”

He Loves Knitting And Embroidery

Malkovich seems drawn to quiet hobbies. He’s a fan of knitting and embroidering, and even “disconcerted director Bernardo Bertolucci by indulging in a bit of needlework between takes when filming The Sheltering Sky.” He also enjoys arranging flowers and cooking.

He Avoids New York And LA To Maintain Privacy

It’s rare to find an A-list celebrity who doesn’t live in New York or Los Angeles, but then again, Malkovich isn’t your average A-lister. He’s been described as “famously private” because he’s always shied away from the limelight.

To avoid attention, Malkovich spent years living in France (he may have left the country due to a tax dispute). He currently lives in Cambridge, Massachusetts, where he’s pretty much left alone and there’s nary a famous actor in sight.

He Can’t Stand His Voice

Malkovich really doesn’t like the sound of his own voice. Seriously, he hates it. It’s strange, considering how renowned the man is for his calm, buttery timbre.

“When I hear myself – which I try never to do – to me, it sounds like someone who has labored under heavy narcotics for years and years and years,” he told Conan O’Brien.

He could have also been a sommelier, apparently. Asked for his favorite French wine, Malkovich offers up the knowledgeable choice of “Bandol. Domaine Tempier.”

But there are rules to his drinking. “I would say at least you have to wait until 7:00 pm,” he advises, with regards to day drinking. “I mean if i can do it, so can you. Cowboy the fuck up!”