Touring the globe with Bon Jovi doesn’t keep Jon Bon Jovi from being one of the fittest rock stars of his era. The frontman stays in shape by running six days a week for an hour, as well as lifting weights and doing balancing/stability exercises. He also recently discovered a love of yoga.

“I was doing workout 101 for years: treadmill, elliptical, weights. Now I’m going to do yoga and enjoy it. I’m a 21st-century man”

When he hits the road, Bon Jovi brings a healthcare professional along with him who acts as his nutritionist, trainer, and chiropractor. The rocker is also into healthy foods and loves to snack on grilled fish and low-fat Greek yogurt, drinks plenty of water, and does acupuncture and cold laser therapy to ease inflammation. 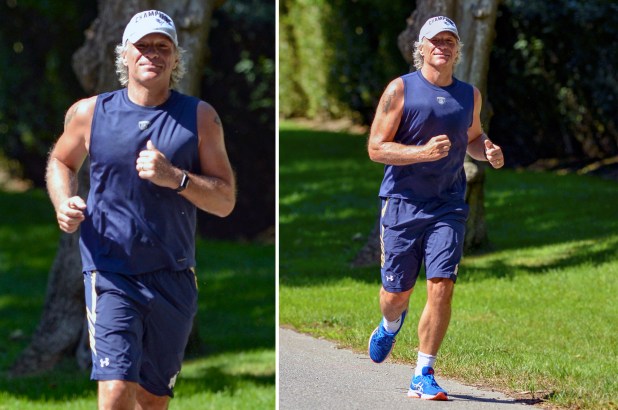 Bon Jovi, in fact, only drinks wine. “That’s my drink of choice,” he says. “I don’t drink hard alcohol. Red, whites and rosé are all I ever drink.” (Although, for the record, he doesn’t drink wine before performing. How about afterwards? “I’ll be standing next to the bottle,” he jokes.)