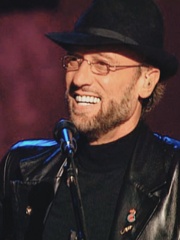 Maurice Ernest Gibb (22 December 1949 – 12 January 2003) was a British musician, singer, songwriter and record producer who achieved fame as a member of the Bee Gees.

Gibb’s brothers all famously struggled with their fame: For Maurice, his fondness for a scotch and Coke turned into a drink problem that plagued him until he entered rehab in the early 90s.

They were vastly successful. In archive footage included in the documentary, Maurice Gibb says he owned six Rolls-Royces by the time he was 21, but upon hearing this, in an interview, Barry Gibb rolled his eyes. “Maurice,” he says, in what are unmistakably the tones of a long-suffering older brother, “was the master of exaggeration. It never went away. Maurice only had one Rolls-Royce, but he loved expanding everything that happened to him.”

Maurice Gibb of the Bee Gees discusses his alcoholism affect it had on his family and life. His first drink was given to him by John Lennon of the Beatles.