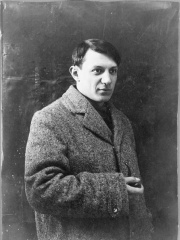 Pablo Ruiz Picasso (25 October 1881 – 8 April 1973) was a Spanish painter, sculptor, printmaker, ceramicist and theatre designer who spent most of his adult life in France. Regarded as one of the most influential artists of the 20th century, he is known for co-founding the Cubist movement, the invention of constructed sculpture, the co-invention of collage, and for the wide variety of styles that he helped develop and explore.

Picasso would often go to bed late and wake up late. He would arrive at his studio in the early afternoon and work until dusk, often standing for several hours in front of his canvas.

Now, there a few things in the way Picasso has divided his day that would be considered abnormal or even counterproductive by so many people. For instance, Picasso would usually start his day by waking up at 11 am, which would be considered by so many people to be so late. In fact, so many guides and videos that aim at increasing your productivity will always start by explaining the benefits of waking up early and having an early start to your day, but that was never true for Pablo who would almost start all his days at an hour much later than normal.

For many people, who naturally tend to fall asleep late like myself, the fact that you can wake up at 11 am and still be one of the most productive artists ever will be a massive relief. This shows that it is still possible to be a productive human even if your sleeping schedule is not the best.

He would always start his day of course with breakfast and some leisure time with friends, which is also considered by many people, who hate wasting any time, to be counterproductive, but he needed that time to relax before work.

By doing this in the first three hours of every day, Picasso has managed to do the exact opposite of what every single self-improvement book or video says concerning starting your day with a solid morning routine.

At 2 pm, almost in the afternoon, Picasso will now start painting. He will not only paint for a small period of time, but he will instead dedicate the next 8 hours of his day to his work, fully committing to it and being super productive and very focused on a single task and not multitasking like so many of us today.

For so many people, working a period of 8 continuous hours without a gap or a break would be almost impossible, but to do so and be so very efficient that you end up with 50,000 pieces of art, would be to so many people simply unimaginable.

One of the main features that allowed him to work for so long per session, is the fact that he never got tired of painting. He simply enjoyed the process no matter how long it lasted. That is why he said before:

That is why painters live so long. While i work I leave my body outside the door, the way muslims take off their shoes before entering the mosque.

At 10 pm, Picasso will usually take a short one-hour break, where he will take some time off to have dinner and just relax and take a break from the long hours of work. This was a gap he needed after his very long session and to prepare him for the next one starting at the end of the hour.

Starting at 11 pm, Picasso would typically start his second session of work, which is of course shorter than session 1 but still much longer than most normal people’s work sessions. He would regain his focus and, for a second time through his day, commit to his work and becoming very productive.