Mr Allen, who never married and had no children, also enjoyed hosting extravagant parties on board, attended by celebrities including model Jerry Hall, actor Carrie Fisher and director James Cameron, who were guests at his 45th birthday cruise to Alaska.

But despite his love of excess, Mr Allen was also notoriously private, reportedly making guests sign a nondisclosure agreement before attending his parties in a bid to stop information leaking to the media. 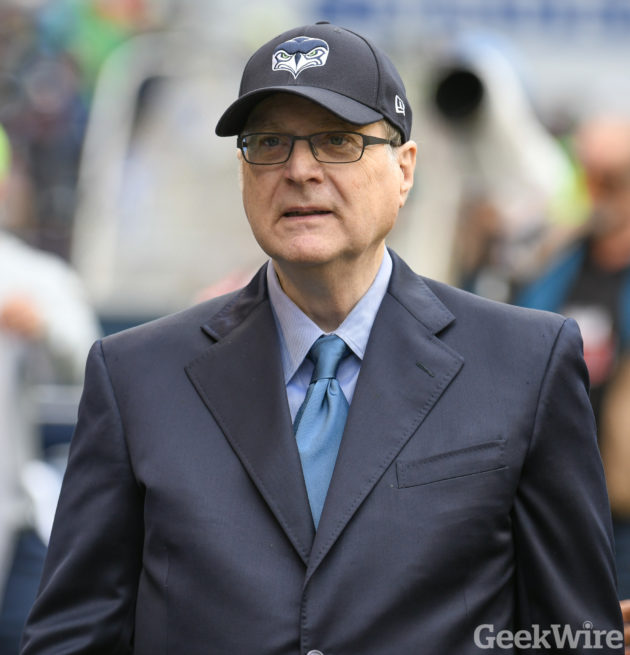 Does he use an iPhone, Windows Phone or Android? I’m a little bit old-school, I use a Blackberry. My mother, God bless her, forced me to take touch typing when I was 16. So my thumbs, I’ve got really fast thumbs on the BlackBerry keyboard, and I send quite a few emails every day. I’m sure at some point I’ll convert to a, to a … new platform. (Laughter)

Star Wars, Star Trek or Battlestar Galactica? All of them.

On his Twitter account: The other day, I was thinking, I should send out some tweet as kind of a joke, saying, “Bitter billionaire retires, this is my last tweet. Look out Howard Hughes. Going to Vegas today.” But I just don’t like ‘Ice Station Zebra’ that much. That was his favorite movie, he’d just sit there watching it over and over.

On the rise of Facebook: It’s amazing, if you think about it, why wasn’t something like Facebook done years earlier? It could have been. There was nothing stopping that from occurring. It’s just you have to have the idea. So there’s always things that come down the pike, that you don’t expect that suddenly affect all of our lives in a great way, and I think that’s one of the wonderful aspects of technology. 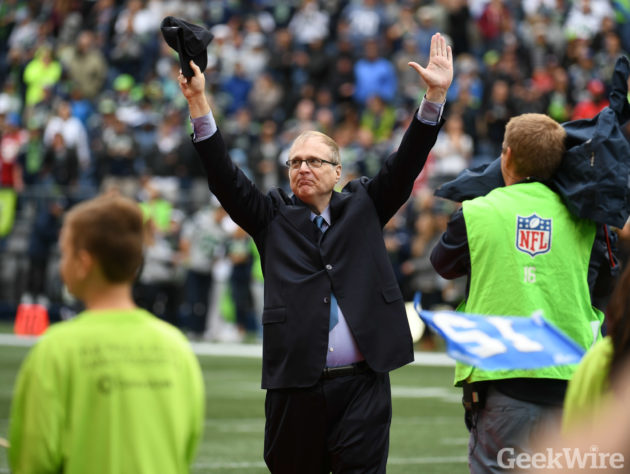 He didn’t just party with rock stars, he jammed with them.

Allen played guitar, and in his own band, “The Underthinkers,” who cut an album in 2013. Allen wrote or cowrote every song on it.

According to gossip in the Seattle music scene, he kept several musicians on full-time retainer. They had to be ready to hop on a plane and fly anywhere in the world to jam with Allen and rock star party guests like Eric Clapton.

In an interview in which the producer called the Beatles “the worst musicians in the world,” Quincy Jones said that Paul Allen could play guitar and sing “just like” Jimi Hendrix.

He owned two professional sports teams, and part of a third.

He was also part owner of the Seattle Sounders FC.

Paul Allen collected all kinds of other stuff, too, including vintage airplanes. Here’s a picture from 2008, when he opened his collection of WWII planes to the public.

The Octopus played host to some wild New Years’ parties and visits from recording artists like Mick Jagger and Damian Marley. It was also a regular party venue for the Cannes film festival.

Like many other wealthy billionaires, Paul Allen had a quite the real estate portfolio, buying mansions everywhere he needed a landing spot.

The six-bedroom house also had a separate two-bedroom guest house and a five-car garage with a “manager’s suite.”

He sold a Malibu mansion because of the sound of the ocean.

Allen paid $25 million for the home in 2010, though the rumor was that he didn’t like staying at the home because he “hated the sound of the ocean.”

He also sold his private island.

In late 2013, Allen also sold his 292-acre private island off the coast of Washington for a mere $8 million.

His home in Seattle was also amazing.

Allen’s home in the Seattle suburb of Mercer Island was a 10,000-square foot compound hidden in the trees with quarters for his mother and a regulation NBA size basketball court.

That octagonal shape on top of the yacht is a helicopter landing pad.

He bought his favorite movie theater when it was going to be demolished.

He refurbished The Cinerama, a 70mm movie theater, with state of the art sound and projection systems while preserving its vintage curved screen.

His Vulcan investment firm also helped to redevelop some of the formerly seedier parts of Seattle over the past decade into some of the coolest, most trendy parts of the city.

He founded an institute devoted to brain science.

Allen funded tons of charitable projects, including The Allen Institute for Brain Science, which regularly releases research about the brain for free on the website brain-map.org.

He’s given over $2 billion to charity.

In addition to his two institutes, Allen gives millions to other charitable causes. As of October 2018, Allen has given away more than $2 billion to charity in his lifetime. In 2011, he gave away $327.6 million, making him the most generous American of that year.

He gave to worldwide projects like Ocean research and African wildlife preservation, particularly an elephant-saving organization called Elephants Without Borders.

His Paul G Allen Family Foundation gives to regional and local causes affecting the Seattle area with a focus on music, art, youth, and education.