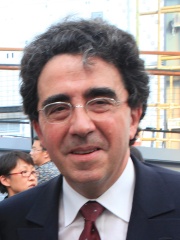 Santiago enjoys taking pre-lunch naps. He follows a daily routine that begins at 5.45am, when he goes running by the lake, followed by breakfast, and then he spends three hours painting and drawing. 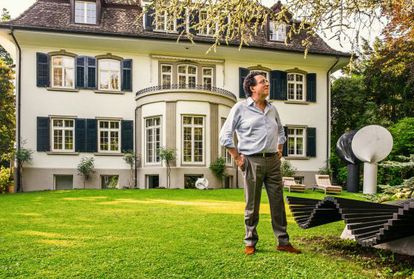 For anyone who has ever visited Valencia, Barcelona, Malmö, Lyon or Rio the chances are that you’ve seen some of the buildings designed by architect Santiago Calatrava. His designs are often groundbreaking and decorate the skylines of those cities and many more around the world.

It was during a visit to Notre-Dame Cathedral in Paris that he had his eyes opened to the possibility of a career in architecture, “the light was entering from one of the rose windows in Paris, you see. Full of colour, full of light and I opened my eyes to the fact that architecture is also an art’, he told Euronews.

The ’starchitect’ is currently working on the Dubai Creek Tower, which will be the tallest tower in the world when it is completed surpassing the Tokyo Skytree. Mr. Calatrava said that he took his inspiration for its design from a flower. In addition, he’s also currently working on the UAE Pavilion at Expo 2020. “I tried to bring something who in my eyes represent the essence or part of the essence of their culture. So I took a bird. I took a falcon with open wings, you see, and out of the idea of the falcon merged the idea of the pavilion,” he said.

Calatrava says that modern day architecture continues to push boundaries thanks to today’s materials such as carbon fibre which ‘can change the way of the conception of architecture and can deliver new shapes.’

The Valencian born architect who credits his team and his wife’s support to his success hopes he work till he dies adding, “if I can afford that I will work until the last day of my life.” 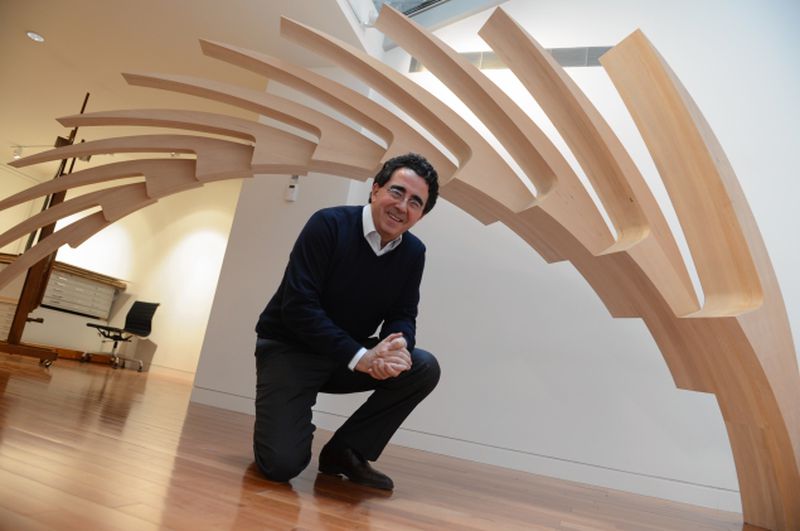 As the World Trade Center PATH hub begins to soar over the 16-acre site, a year away from opening, the man behind it is hunkered down in a basement on the Upper East Side.

There, beneath one of the three side-by-side townhouses he calls home, Santiago Calatrava paints. His studio is spare, a world away from the dozens of surreal and angelic bridges, train stations, museums and other buildings he has erected around the globe. The Spanish-born architect spends hours here at a time, sometimes much of his day. Rows of canvases, all bearing a solitary pink orchid he has painted for weeks in a growing state of wilting, attest to his obsession.

It might seem like one of the world’s most renowned and recognizable designers is hiding out down here. After all, Calatrava has come under increasing criticism in recent years after some of his projects have suffered from ballooning budgets, construction delays and craftsmanship issues.

But the relentlessly optimistic architect, with a disposition as sunny as his native Valencia, is simply hard at work when he picks up his paintbrush. To him, painting is the genesis of his creative process, his brush as important as the computer software on which his buildings are eventually drafted.

“You have to study the object, inhabit it, in order to create,” Calatrava says. “You never know where the inspiration comes. Architecture is a code. It’s a pure code, derived from the dimensions of nature.”

To understand one of the most unknowable architects of his generation, a good place to start is with his art.