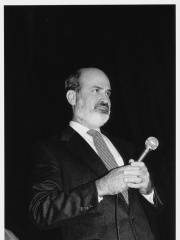 Terry would get up in the morning, and meditate, and write his thoughts about the day’s work.

Malick’s Process Is “Imperfection” According To The Film’s Star Who Has Seen The Film In Many Versions That You Never Will
“Someone called Terry a perfectionist, and I said no, he’s an imperfectionist; he’s trying to mess it up. He sets up a scene and then “torpedoes” it — that’s his word,” Pitt said. “Say, if the parents are arguing inside the house, he’ll send one of the kids in and see how we handle it. Instead of doing little rewrites of scenes to be shot on a certain day, Terry would get up in the morning, and meditate, and write his thoughts about the day’s work. And we got handed these four pages, single-spaced, and they’d be these stream-of-consciousness ideas that we would incorporate into the day’s work.”

Pachner: Once Terry found  and cast August, then that was it — we saw each other again during the shoot. There was no rehearsing. You just really had to jump into it. What helped was you have all these outer things like the farm, the actual farm work, you have the kids.

Diehl: It was a huge, long preparation, most of which was learning these tools that farmers don’t use anymore. Looking back it was very much like living on a farm, working all day, doing real farm work, and being filmed.

Pachner: That was really such an important part of the film — the physicality of it, which was intense. The scenes just happen in between. Milking the cow and you’re talking. It was really hard work, but it also helped. It made you forget about acting. You really were like, “Okay, I have to get this thing done, and what’s the cow doing?”

Diehl: There was a script. We knew the whole narrative, it was written down. It was nicely written, I remember, but it was also thin. It was helpful to have it at the beginning, but later on we didn’t use it so much anymore. It was more the guideline. We put it away after a few weeks, because we were not shooting scene 106B, or whatever. It was more moments.

Widmer: This film follows a storyline, but it’s about exploring this humanity. You have many different options of how to capture that, and the way Terry does it is by letting the scene flow.

Pachner: It’s more like you sort of walk through the storyline. It was not like, “Oh, this is now that specific aspect of the story.”

Diehl: Most of the time it was more or less clear which phase of the story we were filming.

Pachner: A few scenes were scripted and were used in the film. In the morning, Terry sometimes would send actors new lines. Then there were moments where we could come up with our own lines. Just things happened, some dialogue scenes happened.

Widmer: They say their lines, but the moments between the lines are important — it’s this whole feeling that happens and it’s really magic how it happens. It’s an interesting experience.

It didn’t really matter if the best takes had the actors’ lines or not, they were added in voiceover. It was just to find good expressions, good emotions, to find also right movements, for example the hands touching, and create emotions.

Diehl: Terry has a certain thing: He likes when people are moving. I remember we were never standing still.

Pachner: You keep moving, never stop. That was the rule.

Widmer: If they move, I can move. There are hardly any shots that are static – maybe, sometimes a landscape, because nature stays where it is. Whatever happens on Earth, nature doesn’t care too much. [laughs]

Diehl: The movement was something that Valerie and I found together, that came very much from us. Terry encouraged you to be completely leading the camera and take over.

Pachner: They are dairy farmers, they’re people of not many words, and that really helped us also to find this very strong nonverbal connection.

When Widmer worked with Malick and Lubezki on “The Tree of Life,” they relied on only two or three wide lenses. (Widmer joked that they sent their longest lens, a 35mm, home the first week of  production on “The Tree of Life.”) Yet early in shooting “A Hidden Life,” the cinematographer and director settled on going even wider – relying heavily on a 12mm lens, and never going longer than a 16mm lens.

Widmer: We got closer to the actors because of the focal length. The wider lens gives you the chance to have close-ups even if they are six inches away. Then you can quickly pull back, just a little bit, and you have an over-the-shoulder shot, which if you’re on a long lens [that same type of transition between shots] would require an enormous amount movement. But with the wider lens, you can get to new positions and compositions easily.

When actors move their hands and touch each other, you can follow the hand, and then you come back to a close-up, so if it’s all in the movement it looks so natural. It’s like the flow of water. It’s really a very immediate way of telling a story. So you can totally react to whatever they do.