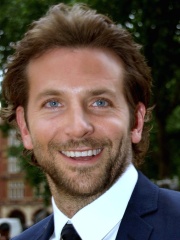 For his Oscar-nominated role as Navy SEAL Chris Kyle in “American Sniper,” Cooper had to bulk up to play the 225 pound sniper.

Cooper enlisted the help of trainer Jason Walsh to help him
gain more than 40 pounds in just ten weeks “with the least amount of damage to my body.”

Walsh put Cooper on a rigorous diet and workout regimen. Men’s Health detailed how the trainer transformed Cooper’s body in such a short period of time:

They trained twice a day. In the first workout, beginning at 5 a.m., they focused on structural exercises like deadlifts and squats to build a foundation solid enough to hold the extra mass. The second workout, late in the afternoon, was more focused on traditional muscle-building exercises. Cooper needed both types of training to convincingly portray Chris Kyle.

In addition to twice daily workouts, Walsh had Cooper eating more than 5,000 calories every day. “We had to force-feed him,” said Walsh. “That was the hardest part.”

Cooper agreed, explaining: “It was a real shock to my body. If it’s pizza and cake, that’s one thing. Putting 6,000 calories a day in your body gets old quick.”

In regards to his fitness transformation for the A-Team:

What He Did: Whipped himself into shape, piling on muscle and losing fat. What He Ate: Cooper nixed all sugar, salt and flour and eliminated sandwiches. His diet allowed him to sculpt a tight midsection and eliminate stubborn fat. His Workout: He spent two hours a day in the gym with a personal trainer doing lots of strength and core training. He used the ‘3-2-1 Method’—that’s three cardio circuits, two strength training circuits and one core workout, each for 10 minutes. Also: speed-hiking up a famous trail in Vancouver that locals call “The Grind.” Plus: To boost his weight loss, Cooper gave up booze to cut calories and feel more energized for his ass-kicking workouts early in the morning. Bradley Says: “It was the worst, but I would still make sandwiches. I would like cut a grape in half—this is so depressing—and I would put an almond inside, you know, to make a little sandwich. It was my big treat.” Cooper on the Sniper Diet

‘It was a real shock to my body. If it’s pizza and cake, that’s one thing. Putting 6,000 calories a day in your body gets old quick.’

‘It was about 3 months of constant eating and working out. It was tough.’

‘I seriously love to cook…My grandmother was an amazing cook. As a kid, I used to help her make handmade pasta…It was one of my favorite things to do. I love the idea of making whatever is in the fridge into something.’

Cooper on How He Spends his Spare Time

Cooper on his Post-Sniper Weight Loss

Cooper on his Sniper Routine

Cooper on his New Body

‘It changes absolutely everything…the way you walk, the way people relate to you. If someone bumps into you on the sidewalk, they kind of ricochet off.’

Cooper on his Physical Accomplishments

‘It felt amazing. It’s also nice to know it’s possible to do it naturally, in that amount of time.’

‘[A coworker] and I talked about how Chris could stay on the gun for 8 hours without moving, which is an incredible feat.’