We now know Mme Macron is all about the fruit and veg, but is it enough to have a smoothie in the morning and a mound of salad with your dinner in the evening?

Dietitian Paula Mee says upping your intake of fruit and veg is one of the best things you can do to stay healthy later in life.

“Ideally, seven portions of fruit and vegetables a day – generally three fruits and four veg – is healthy,” she says. “We know that populations who eat a lot of this ingest plenty of nutrients and phytochemicals, which protect from diseases like heart disease, diabetes and cancers. In Ireland, we often have two proteins in a sandwich, like ham and cheese or egg and ham, and it’s advisable to swap one of these out for a salad filling.”

But it isn’t enough to simply put 10 ingredients in a blender and drink them as a smoothie. “Some people think they can drink two pints of kale, spinach and avocado smoothies, but that only counts as one portion,” says Paula. “It’s because the blending machine does the work for us. When we chew food, the neurotransmitters in the brain tell us we are satisfied. Ideally, we’d like people to eat the whole fruit. Smoothies are definitely better if you leave the pulp and dietary fibre in them.”

Mme Macron’s lean, lithe physique is likely influenced by cultural factors, too: “I doubt she is eating lots of refined carbs and processed food,” observes Paula. “The French are particularly good at portion control. They are renowned for eating slowly and modestly, and they’re very respectful of food and courses. It’s likely she is eating lots of salad, then lean protein like fish.” 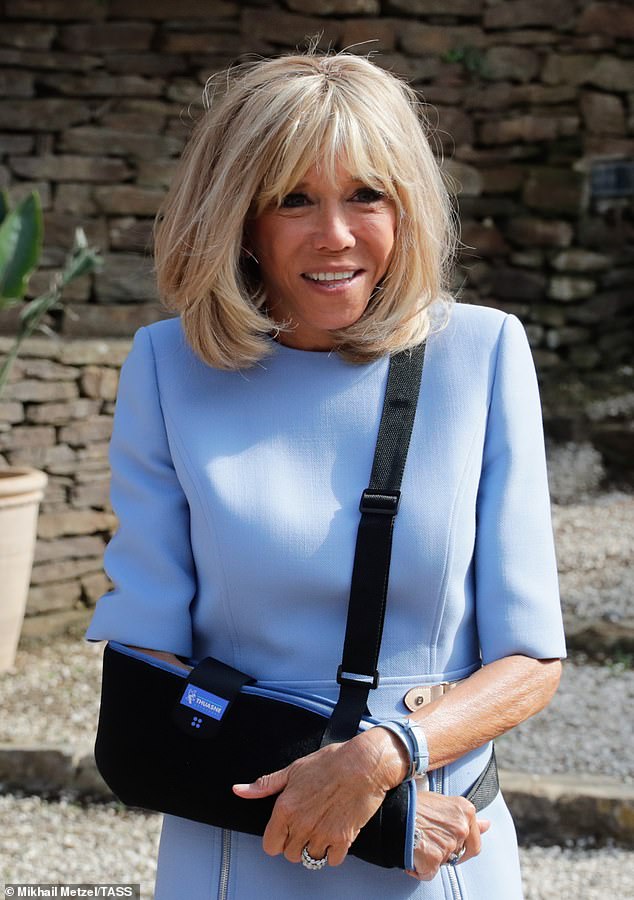 Mme Macron isn’t afraid of showing off her legs and appears to be slim and strong, without looking gaunt or over sinewy. When visiting Paris recently, Donald Trump commented she looked “in such good shape”.

Creepy observations from world leaders aside, Mme Macron does, it has to be said, look to be in incredible shape. So what is she doing? Personal trainer Pat Henry says her slender frame suggests not only good genes, but a combination of Pilates and symmetrical exercise (focusing on all muscles groups equally in a workout). “She doesn’t use heavy weights as they could bulk up the bum or legs,” he explains. “Doing 15-20 reps of light weights helps to tone. Pilates was originally designed for dancers to elongate their muscles. Pilates on its own won’t tone, but will definitely give long, lean muscles.”

“She’s rock ‘n’ roll,” she told L’Express. “Not for a second does she say, ‘I’m 64, so I cannot wear short skirts’. Twelve-inch heels, sleeveless dresses, leather trousers, she dares everything.”

To complete the look, makeup artist Emma Farrell recommends finding a great colourist to perfect that honeyed blonde bob, and go heavy on the bronzer. “If you have a nice healthy glow like Brigitte’s, bronzers are definitely better than heavy foundations,” she says. “Shimmering body oils can accentuate a tan, and Luxe, who are French, do a particularly good one. If you have a year-round tan, you don’t need to wear as much make-up on the skin, and can go for BB creams or CC foundations rather than full coverage.” 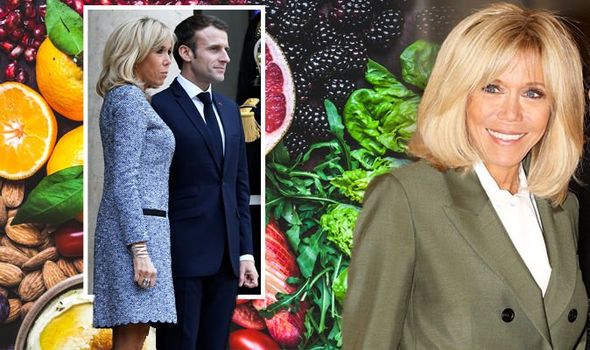 Another secret of Brigitte Macron’s slim figure is that she, like a true Frenchwoman, perceives food intake as a beautiful ritual. The first lady eats slowly and in small portions, which has a very beneficial effect on digestion and absorption of food, which means it helps to look good.

Foods that are often present in the diet of the first lady of France: