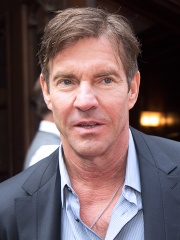 Dennis William Quaid (born April 9, 1954) is an American actor known for a wide variety of dramatic and comedic roles.

“I used to box when I was in my 20s,” Quaid says. “There was this guy at the time at the Hollywood Y, who was in incredible shape in his 50s. I asked him that same question. ‘How do you do that?’ He told me, ‘You take care of yourself in your 20s and 30s and the rest will take care of itself.’”

Even as he began to break out with roles in Breaking Away (1979) and The Right Stuff (1983), the actor kept the advice in the back of his mind.

“He was right,” Quaid says. “It doesn’t mean you have to be there every day, but you do have to live your life with that in mind. Because if you let it go, every time it gets a little harder to get back. So I’ve always stayed with it.”

According to the Parent Trap star — who, in addition to steady film roles, still consistently plays with his band, Dennis Quaid & The Sharks — the key now, at his age, is a mixture of consistency and adaptability.

“I genuinely enjoy it,” he said of his dedication to fitness. “I was a runner for about 35 years, but that gets hard on the knees and the joints. At least for me. So I turned to cycling, which I’m currently doing. That and yoga. Along with that, you got to still get into the gym and lift. Do the sit-ups.”

Having made it through thirty-odd years in the public spotlight, Quaid is now an elder statesman; he is the older boxer at the Hollywood Y doling out life advice. We asked what guidance he could offer for the up-and-comers — your Michael B. Jordan or Calum Von Moger, for example. “That’s a very difficult question for me, because it’s not the same place that it was,” Quaid says. “There’s new rules that they probably know better than I do.”

But he did eventually call up a tip that is timeless. “My advice would be to do something every day that is proactive,” Quaid said. He recalled a time of empty California afternoons, decades ago, when he would scan the “Upcoming Film” lists in the back of Variety and The Hollywood Reporter, cold-calling around ten casting directors a day. “Nine out of 10 would say no, but one would say yes.”

“So that’s my advice,” he said, speaking for wannabe actors and fitness freaks alike. “There’s always something you can do. Be proactive.” 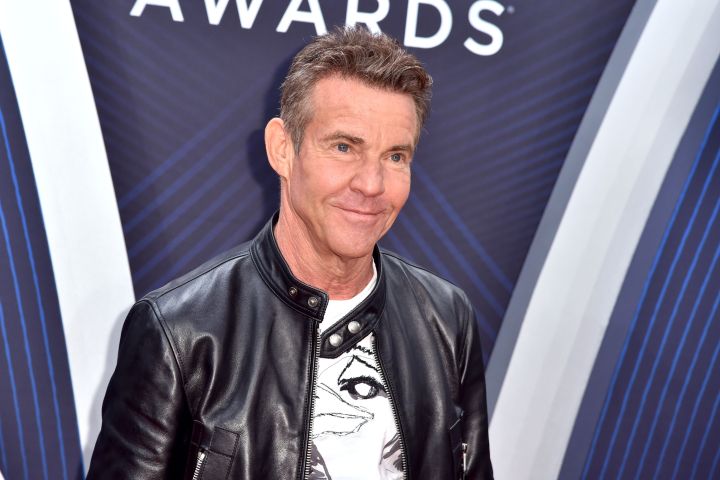 Here’s what True West Magazine shares from Quaid in an interview about Wyatt Earp:

To lose 42 pounds, Quaid says, “I ate 1,000 calories a day and then exercised off 600 of those calories on the treadmill. It was basically a POW diet. I would not recommend it. I had a doctor and nutritionist to monitor me for five months to make sure my fat content did not drop to a dangerous level.”

What did you eat?

How long was the shoot? I started the diet three months before we started shooting in the first part of 1993 and then had to maintain it for five months.

What’s the first thing you ate when the diet was over? A banana cream pie.

What was the toughest part of the diet? Maintaining my energy.

On a daily basis, outside of that diet, (which Quaid himself says he does not recommend), he seems to eat quite intuitively.

Actually, for the most part Quaid has had more of an issue GAINING weight than losing it.

Here’s what a typical healthy day looks like for Quaid.

Reading with a view! The moment the actor wakes up, he reaches for a well-known book: the Bible.

It’s time for the most important meal of the day! He refuels with eggs and bacon, plus an everything bagel with cream cheese, half an avocado and a side of fresh fruit. Yum!

On this day, Quaid was joined by his pup, Peaches, for moral support during a game of golf.

“Making music is something I just can’t help doing,” says the multitalented star.

New episodes of Audio Up’s “The Dennissance” come out on Wednesdays on all platforms.

The actor has opened up about his drug use, which included doing two grams of cocaine a day at the height of his addiction in the 1980s.

“I liked it to go out. I missed it for quite a while. I was doing about two grams a day,” says the “Far From Heaven” star. “I was lucky. I had one of those white-light experiences where I saw myself being dead and losing everything I had worked for my whole life. So I put myself in rehab.”

The actor also decided to give up alcohol for ten years to focus on sobriety before he started drinking again.

“I started drinking again because alcohol was never my problem,” Quaid explains. “I never liked the feeling of being drunk. I would do coke and I would use alcohol to come down.”