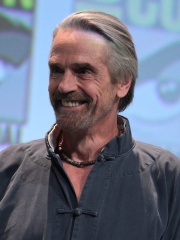 When were you happiest?

I am happiest at strange, odd, surprising moments throughout my life – little bubbles of fizz.

What is your greatest fear?

What is your earliest memory?

Sitting in my pram in the Isle of Wight as I was being perambulated towards the golf course for my constitutional.

Which living person do you most admire, and why?

Tony Blair, for living so publicly with the knowledge that he’s not perfect.

What is the trait you most deplore in yourself?

What was your most embarrassing moment?

Tapping somebody on the stomach and saying, ‘When’s it due?’, to find out that it wasn’t.

What is your most treasured possession?

My two dogs and my horse called Paddy; the Earl of Newport is his proper name.

Where I do, in south-west Ireland and Oxfordshire.

What would your super power be?

The ability to disappear.

What makes you depressed?

Chemicals in my brain.

What do you most dislike about your appearance?

That I am archetypally English.

Who would play you in the film of your life?

The Duke of Edinburgh.

What is your most unappealing habit?

What is your favourite smell?

Perfume left in a room.

What is your favourite book?

Shantaram – only because I’m reading it at the moment.

What is the worst thing anyone’s said to you?

‘That could be better.’

What is your guiltiest pleasure?

The first cigarette of the day. I smoke about 15 [a day].

What do you owe your parents?

An instinctive love of family.

What or who is the greatest love of your life?

To whom would you most like to say sorry, and why?

To my children, because I worked too hard when they were small.

What was the best kiss of your life?

My first kiss, when I thought the girl had lost something down my throat. I still know her. Her name is Giana.

Have you ever said ‘I love you’ without meaning it?

Which living person do you most despise?

It has to be George Bush, because to hold his position he should have surrounded himself with more reliable people.

Who would you invite to your dream dinner party?

What is the worst job you’ve done?

Shovelling lime into bags when I was a student in Bristol.

What has been your biggest disappointment?

If you could edit your past, what would you change?

I’d have my parents live longer.

When did you last cry, and why?

When I was watching my wife in Rock ‘N’ Roll. Why? Because of the way she played the character.

How often do you have sex?

As often as I can.

What is the closest you’ve come to death?

I have never come that close, touch wood, but I suppose, riding a motorcycle, you are never far away from it.

What single thing would improve the quality of your life?

To have less government.

What do you consider your greatest achievement?

To have got as far as I have.

Where would you most like to be right now?

On the back of my horse in Ireland.

You say you need a workout. Why?

You can get a bit lazy, film acting. You don’t have to play a long phrase of three hours, you don’t have to communicate to an audience, you’re just communicating with a camera. Yes you have to think but you’re thinking in much shorter spans. You’re able to knit little bits together. That’s done, that colour, I can do that colour tomorrow, or whatever. It’s not easy work but I think it’s less of a … I would compare film acting almost to – it’s not a very good analogy – to playing chess. You’re trying to get the game right.