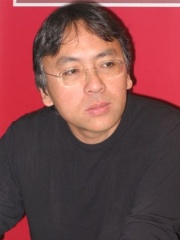 In a 2008 interview with The Paris Review, Ishiguro said he typically writes from 10am to 6pm, and tries not to check his emails or phone until at least 4pm.

I have two desks. One has a writing slope and the other has a computer on it. The computer dates from 1996. It’s not connected to the Internet. I prefer to work by pen on my writing slope for the initial drafts. I want it to be more or less illegible to anyone apart from myself. The rough draft is a big mess. I pay no attention to anything to do with style or coherence. I just need to get everything down on paper. If I’m suddenly struck by a new idea that doesn’t fit with what’s gone before, I’ll still put it in. I just make a note to go back and sort it all out later. Then I plan the whole thing out from that. I number sections and move them around. By the time I write my next draft, I have a clearer idea of where I’m going. This time round, I write much more carefully.

KAZUO ISHIGURO, THE ART OF FICTION NO. 196 | THE PARIS REVIEW

Ishiguro doesn’t write every day, but when he does, he aims for 5-6 pages per day — any more than that and he feels the quality of his writing becomes substandard. “It’s like a jazz musician who gets the best music out and then pulls out,” he explained during a Masterclass session with fellow author Richard Beard. “There’s always something else productive or administrative to be done.”

When it comes to starting a new project, Ishiguro prefers to distinctly separate the planning and writing stages. “It’s really when I’m planning the project that I actively look for ideas and read very widely,” he said in an Electric Literature interview. “I’ve always needed to know quite a lot about the story before I start to write the actual prose. I’ve always needed a solid idea before getting started.”

As one of the most successful contemporary fiction authors, Ishiguro has gone on his fair share of global book tours, and unsurprisingly, he’s no big fan of them. Outside of the obvious demand on his time, the act of regularly discussing his work with readers has impacted on his writing process in a more profound way.

I’m not just talking about the busyness of the tour. It’s a process by which, whether you like it or not, you’re made very aware of why you write and how you write, who your influences are and where you fit in vis-a-vis other authors. How your personal life fits into what you write. That’s a good thing in many ways. It’s very good that you’re sensitive to your audience. But nevertheless it has an effect and it probably does change the way you write. You become a much more self-conscious writer. The next time you go home and write in your study you can’t forget all these questions, all these probings, all these suggestions about why you write, what you should be writing next, what you shouldn’t have written before, how certain things link up.

He was recently awarded the 2017 Nobel Prize in Literature. In an interview with The Guardian in 2014, he shared passionately about how he wrote The Remains of the Day in four weeks.

“So Lorna (his wife) and I came up with a plan. I would, for a four-week period, ruthlessly clear my diary and go on what we somewhat mysteriously called a “Crash”. During the Crash, I would do nothing but write from 9 am to 10.30pm, Monday through Saturday. I’d get one hour off for lunch and two for dinner. I’d not see, let alone answer, any mail, and would not go near the phone. No one would come to the house. Lorna, despite her own busy schedule, would for this period do my share of the cooking and housework. In this way, so we hoped, I’d not only complete more work quantitively, but reach a mental state in which my fictional world was more real to me than the actual one.

By the third day, Lorna observed during my evening break that I was behaving oddly. On my first Sunday off I ventured outdoors, on to Sydenham high street, and persistently giggled – so Lorna told me – at the fact that the street was built on a slope, so that people coming down it were stumbling over themselves, while those going up were panting and staggering effortfully. Lorna was concerned I had another three weeks of this to go, but I explained I was very well, and that the first week had been a success.

I kept it up for the four weeks, and at the end of it I had more or less the entire novel down: though of course a lot more time would be required to write it all up properly, the vital imaginative breakthroughs had all come during the Crash.”