“They’ve been working out together at Khloé’s home gym – doing cardio, running, pushups and deadlifting.”

Additionally, Rob has “cut out the junk food,” says the source. He is “sticking to a high-protein diet” with a couple of “cheat days” in between. “The Kardashians are proud of Rob for losing so much weight. More than anything, they’re relieved that he’s taking better care of himself.”

In the past, Rob would “isolate from the rest of the world and spend days on end eating junk food, watching TV and playing video games,” the source explains. However, he seems “to have snapped out of it” and his loved ones “hope he keeps up the good work.” 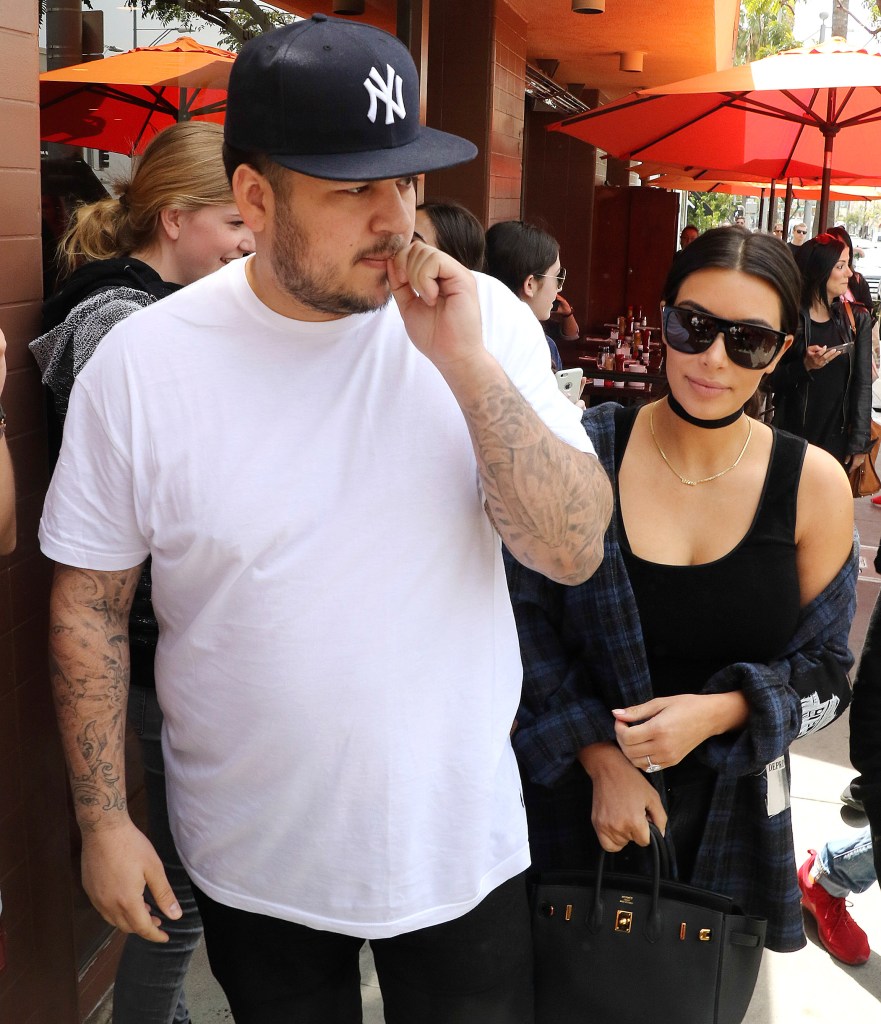 Rob included low-carb and nutritious foods in his diet and could often be seen posting the images of his low-carb diet on Twitter. Rob keeps his 1.1 million followers updated about all his progress.

Couple of months back, he tweeted a post with title, another fat boy breakfast!! And in his tweet, he also uploaded an image of a plate having grapefruit and lean omelet. Rob has been getting full support from his fans for they keep motivating him.

His gorgeous sisters, Khloe and Kim too are helping Rob tremendously in moving closer to his so much hyped weight loss program. However, they are not really pleased with his slow pace. They are really working hard on designing the diet plan for him.

While sticking to an intense workout program, Rob practices workouts twice in a day. After having first round of training with his trainer, he invites his friends to accompany him. They boost him to be in high spirits for the second round of training. Rob is getting personal training from Lamar and shares that Lamar has been working for them on salary since he was just 19.

On weekends, Rob goes for hiking at Runyon Canyon in Los Angeles with a group of around twenty-five to thirty-five people. He practices cardio-workouts and lots of other exercises to bring his body back on the right track.