Captain Jean-Luc Picard still has a six-pack! Several years ago, the esteemed actor posted a photo of himself in a bathing suit on the beach celebrating his 2016 Golden Globe nomination and the Internet went wild. “It wasn’t the abs I was thinking about showing. It was the pink shorts, the pink beach shoes, and the pink cocktail that I had in one hand,” he joked, during an interview with ET. The secret to his strong core? “Pushups,” he reveals. “It’s that simple.” In 2014, Stewart posted a photo of himself doing a one-arm push-up, a move that he incorporates into his fitness routine. Diet-wise, the X-Men actor is addicted to Marmite and loves to indulge with his wife’s signature white truffle risotto. 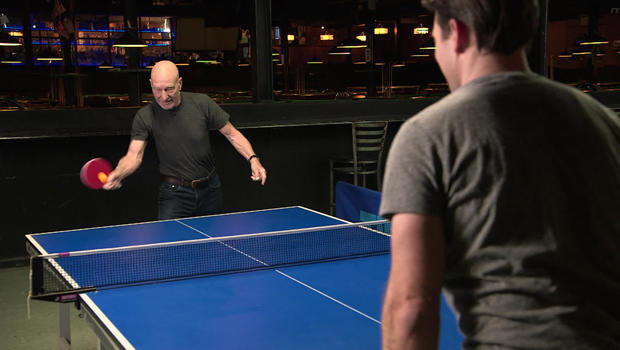 He made bald beautiful again

Stewart began losing his hair at 19, and reportedly tried hats, combovers and toupees to hide his baldness. Hollywood’s strict beauty standards don’t often include hair loss, so it’s no surprise that Stewart worried he wouldn’t be cast as Picard unless he wore a wig over his bald pate. But Star Trek creator Gene Roddenberry himself told the actor to ditch the wig, and in 1992, a TV Guide poll named Stewart the sexiest man on television.